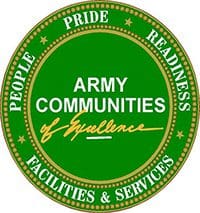 Excellence doesn’t just happen. It requires continuous improvement, self-assessment and a commitment to being the best.

That mentality has resulted in the Wisconsin Army National Guard being named a finalist in the annual Army Communities of Excellence competition.

Wisconsin is one of four finalists to receive a site visit from a team of evaluators sent by the National Guard Bureau from around the country. The team will evaluate the Wisconsin Army National Guard’s leadership, strategic planning, operations and customer focus among other criteria when it visits the state Nov. 2-7.

Lt. Col. Brian Wolhaupter, the strategic planner for the Wisconsin Army National Guard, led the effort to create Wisconsin’s 55-page Army Communities of Excellence submission packet, which demonstrated how the organization lived by the criteria set forth in the competition.

Customer focus, for example, examines the quality of services the Wisconsin Army National Guard provides to its customers – Wisconsin’s communities, the governor, Wisconsin Emergency Management and ultimately the citizens of the United States, Wolhaupter said.

The Wisconsin Army National Guard serves a domestic and federal need, and “they expect us to be able to respond and provide a service,” he said.

The Wisconsin Army National Guard has fared well in previous years in the Army Communities of Excellence Award competition, which will evaluate the organization for the period of July 2013 through July 2014. Wisconsin was last up for the award in 2011, when it earned the top ranking among all competitors. Contest rules stipulate that an award winner must wait two years before being eligible to receive the award again.

The state submitted packets each of the past two evaluation periods, but could only receive feedback on the organization, not rankings. If Wisconsin were to win the overall award, it would join the West Virginia Army National Guard as the only state to have earned the top spot in back-to-back periods of eligibility.

The evaluation teams will complete their site visits before announcing the final rankings in May, but being named a finalist serves as validation for Wolhaupter, who believes the award and recognition is less important than the overall organizational quality they represent. The primary objective, he said, is “to be the best that we can.”

“It’s not about the winning though,” he said. “This is just all part of what we do. The packet submission describes the organization’s efforts. What it’s about is the organization improving. It’s about everything that we do – looking at our strategic planning and providing feedback and better performance for our customers and our workforce next year than we have this year.”

Wolhaupter’s comments were echoed by Staff Sgt. Bradley Everhart, who works in the health systems services department of the Wisconsin Army National Guard but also acts as one of the National Guard Bureau’s evaluators conducting site visits in other states. More important than winning awards, he said, is the opportunity to showcase Wisconsin’s values and hard work while also getting external feedback that might improve the organization.

That eye toward continuous organizational improvement is a large part of why Wisconsin is consistently near the top in the Army Communities of Excellence competition, Wolhaupter said. And the organization’s leadership, commitment to consistent refinement and focus on strategic objectives have been a key factor in setting the state up for success.

“The contest provides a vehicle for us to write a submission and analyze what we’re doing, but we would do the same effort to improve the organization on a day-to-day basis whether there was a contest or not,” he said. “It’s just simply a vehicle for us to focus some of our efforts to be the best we can.”

While Wolhaupter acknowledged that awards and recognition can be motivational and humbling, the biggest reward for winning would be if other states or the Army National Guard as a whole ultimately adopted a practice employed by Wisconsin that made the whole force even stronger. Each year, the Army Communities of Excellence sends the winning packet to every state as an example from which other states can pull ideas.

“That would be great – if something that we did – was able to improve the entire Army National Guard,” Wolhaupter said. “What better thing could you hope for?”