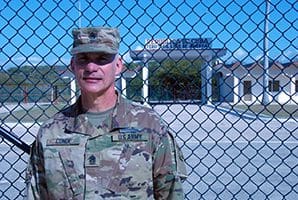 For every other senior Wisconsin National Guard leader, visiting the 32nd Military Police Company at Joint Task Force Guantanamo in Cuba last month was a trip to a foreign country.

But for Command Sgt. Maj. Rafael Conde, the Wisconsin Army National Guard’s senior enlisted leader, it was a return to the land of his birth – a country he and his family fled 48 years ago. Conde was part of an official visit, led by Gov. Scott Walker and Maj. Gen. Donald Dunbar, Wisconsin’s adjutant general, to Naval Station Guantanamo Bay to visit with the 32nd Military Police Company Soldiers deployed there.

It took two years for his parents to receive permission to leave Cuba, Conde said. And once they asked to leave, the Cuban government made the family’s life difficult.

“My dad, actually, was terminated from his job as he filled out the paperwork to emigrate to the United States,” said Conde. “His car was also confiscated. He actually worked different odd jobs for about the next two years until we got permission to leave.” 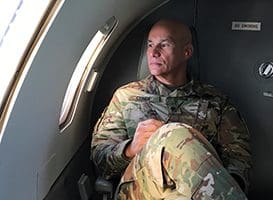 After two years of waiting, the family’s paperwork was in order and they boarded a flight bound for the United States. That was 48 years ago. Conde hadn’t seen his homeland since – until last month, when he returned as part of a leadership visit to the 32nd Military Police Company currently serving at Guantanamo Bay.

“I was fortunate enough that my parents saw the light and decided to leave communist Cuba and come to the United States and give us the opportunity,” Conde said. Neither of his parents finished high school level studies as their families needed the income from their labor. They worked hard and made a decent life for their family in Havana – until Fidel Castro came to power. Conde says he is amazed at his parent’s courage in deciding to emigrate, and credits them for character it built in him.

“I just imagine if you told me at age 47 or 48 that you were going to take everything I own, everything – jewelry, vehicle, house – and you have to go to a different country where you don’t speak the language and you have to start all over … that’s tough,” Conde said. “I tell my kids that story and, you never know what life is going to bring you, but you can’t ever quit. You have to push forward and think ahead and plan.”

Looking down from the airplane and seeing Cuba for the first time recalled the sacrifices his parents made. 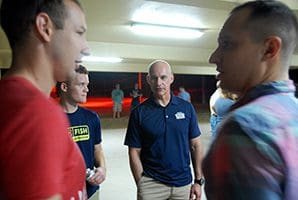 “I wasn’t sure how I would react, Conde said. “I always wanted to go back and get reconnected, because there is a part of my life that is gone. Even though it was a small part, it’s still where I was born.

When Conde’s family arrived in the United States, his father worked in a factory during the days and cleaned an industrial laboratory at night, six days a week.

“We moved in with my aunt and uncle,” Conde said. “They still had one or two kids at home. It was always cramped. I thought it was great as a kid. I started learning English watching American television and the old Batman.

“If it wasn’t for my parents and the lessons they taught me, I wouldn’t be where I am now,” he continued, noting that Wisconsin is now home, “but certainly going back was significant.”

“I’m the luckiest man alive. If you’re born in the U.S. versus, you name it – Yemen, Afghanistan, Iraq – you are way ahead of everybody else. Maybe you didn’t get a Powerball, but you won a little bit of a lottery. I mean, where else do they say, ‘you have to go to school’? So many places they don’t even have schools.”