One of ‘Janesville’s 99’ finally laid to rest in Hawaii 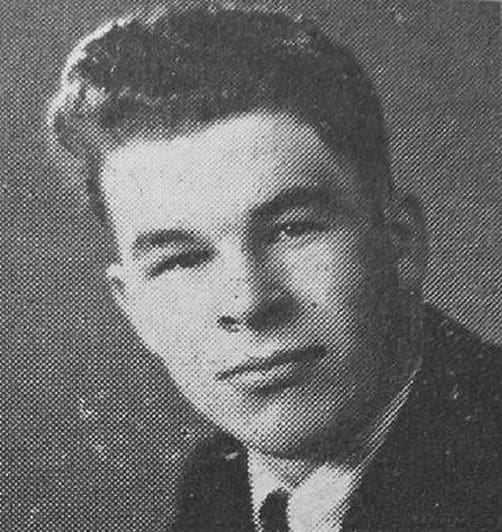 MADISON, Wis. — A Wisconsin National Guard Soldier was buried in his final resting place today in Hawaii more than 75 years after his death in a Japanese POW camp in the Philippines during World War II.

Pfc. Lloyd Lobdell of Elkhorn, Wisconsin, was one of the 99 members of Janesville’s 32nd Tank Company — a unit that fought the Japanese in the Philippines from December 1941 through April 1942 and, as prisoners of war, suffered through the Bataan Death March. 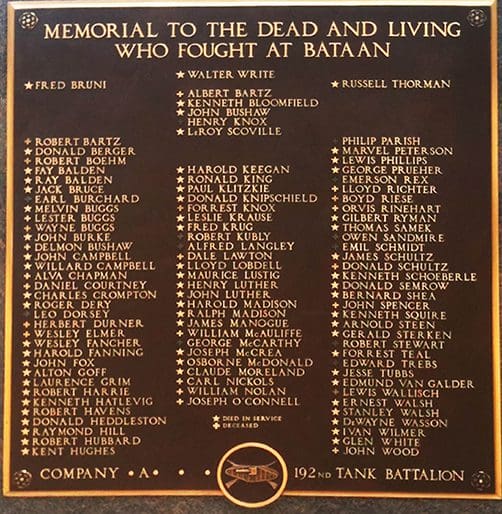 Lobdell’s remains since the end of the war rested unknown at the Manila American Cemetery in the Philippines. The military recently identified him and his family requested that he be buried at Hawaii’s National Memorial Cemetery of the Pacific. He joins fellow Janesville 99 Soldier Tech Sgt. Ralph A. Madison at the cemetery.

“He has been identified. He is going to be laid to rest in a permanent place. His grave will be marked and people who walk through the cemetery will admire and commend his service,” said Cheri Delaney, a relative of Lobdell, in a recent interview with television station WKOW. 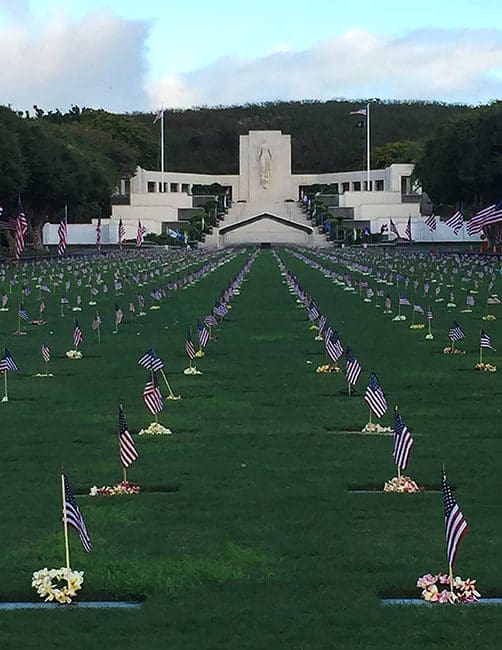 Pfc. Lloyd Lobdell was buried Feb. 2, 2018 at the National Memorial Cemetery of the Pacific more the 75 years after his death in the Philippines during World War II. Lobdell joined the Wisconsin National Guards’ 32nd Tank Company in 1940, and his remains were recently identified by the Defense POW/MIA Accounting Agency. Department of Veteran Affairs photo

Lobdell graduated from Janesville High School in 1938 and joined the Wisconsin National Guard’s 32nd Tank Company in October 1940. A month later, the 99 members of the 32nd shipped out for training at Fort Knox, Kentucky, and reorganized as Company A, 192nd Tank Battalion. The unit sailed in October 1941 to reinforce the U.S. Army garrison in the Philippines and arrived on Thanksgiving Day. The Japanese attacked American forces there on Dec. 8 — one day after the Japanese attack on Pearl Harbor — and Lobdell and the rest of Company A fought them until American forces surrendered on April 9, 1942. 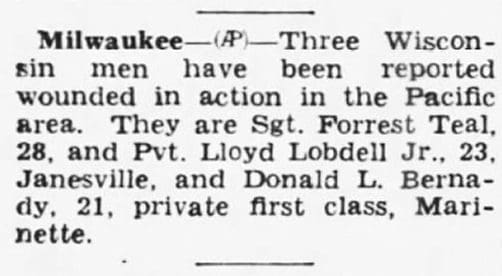 Pfc. Lloyd Lobdell was reported wounded in action in the Philippines in January 1942. Lobdell joined the Wisconsin National Guards’ 32nd Tank Company in 1940 and his remains were recently identified by the Defense POW/MIA Accounting Agency. Marshfield News, Jan. 23, 1942

Lobdell was wounded during the fighting and was at a U.S. Army hospital during the surrender — he was later sent to a Japanese POW camp. He died there from disease on Nov. 19, 1942 and was buried with 12 other POWs who had died the same day.

After the war, the Army exhumed these remains, and those Soldiers they could not identify were interred as unknown at Manila American Cemetery. In 2014, the Secretary of the Army granted permission to exhume 10 graves associated with the Cabanatuan POW Camp for identification. Scientists at the Defense POW/MIA Accounting Agency and the Armed Forces Medical Examiner System used mitochondrial DNA analysis and other procedures to identify Lobdell.

Only 35 of the 99 men of the original 32nd Tank Company survived the war — most died as POWs. The last of the Janesville 99, Lewis Wallisch, passed away in 2009. A memorial in Janesville honors their service.

Lobdell’s name is recorded on the Walls of the Missing at the Manila American Cemetery site along with the other MIAs from WWII. A rosette will be placed next to his name to indicate he has been accounted for.