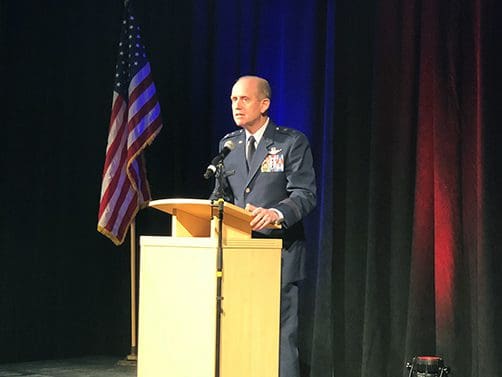 APPLETON, Wis. — Emergency responders from across the state gathered in Appleton this week for the 51st Annual Governor’s Conference on Emergency Management and Homeland Security.

The event, one of the oldest emergency management conferences in the nation, was held March 7-8 at the newly constructed Fox Cities Exhibition Center in Appleton. More than 450 participants were in attendance, representing several state and local agencies, volunteer organizations, businesses, and members of the Wisconsin National Guard.

Gov. Scott Walker said the conference provides an important opportunity to bring first responders and emergency managers together to share information, such as the lessons learned after major flooding and tornadoes in the state last year.

“When you’re properly prepared, you can more quickly and effectively recover from disasters and emergencies,” Walker said. 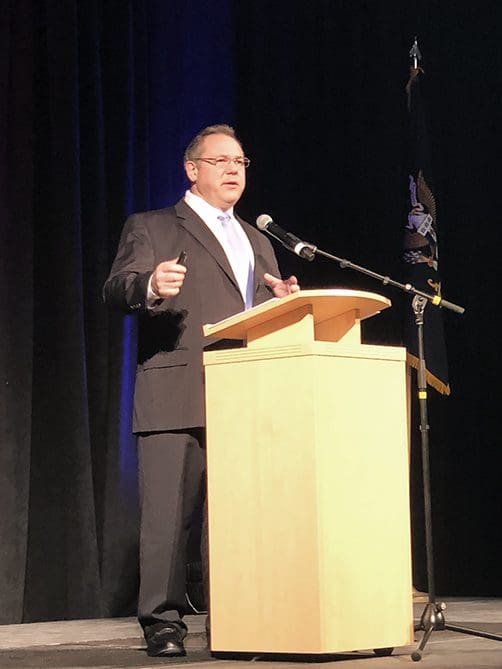 The theme of this year’s conference was “Recovery.” Wisconsin Emergency Management Administrator Brian Satula said that many previous conferences have focused on building the capability for the immediate response to disaster, but there also need to be discussions about the short and long term efforts to restore communities.

“We’re getting much better at responding to incidents,” he said. “It’s recovery that takes a much longer time, and is where we need to focus our efforts to help communities get back to normal.”

Maj. Gen. Don Dunbar, Wisconsin’s adjutant general, highlighted a number of challenges states have faced in the wake of recent natural disasters, and advocated for changes in how the Federal Emergency Management Agency (FEMA) helps provide the response to those situations.

“I have suggested that FEMA consider changing its current reservist program to a state-federal concept, not unlike the National Guard,” explained Dunbar. “The concept would allow the governor to activate the FEMA reservists in the state in the event of a natural disaster or state emergency.” 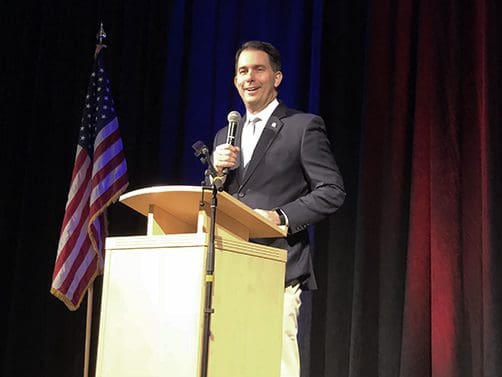 The Reservist Program trains civilian volunteers to provide support to the victims of hazardous incidents. However, Dunbar said too often the volunteers are concentrated in higher population areas in coastal states, leaving regions such as the Midwest with fewer people trained under the program who are ready to assist people affected by a disaster.

Under the proposal Dunbar discussed, each state would be allocated a certain number of reservists that they could then recruit. The switch would provide a state-based resource, which could also then be available to the federal government.

Dunbar said states can face lengthy reimbursement delays when they provide National Guard assistance to other states under the Emergency Management Assistance Compact (EMAC). With the current model, FEMA reimburses expenses directly to the affected states, which then pay the assisting states, which can take time. Dunbar said the National Governor’s Association is advocating for a change in federal law that would allow FEMA to send reimbursements directly to the assisting states for National Guard response, once they have agreed to the costs.
“The intent of doing that would be to reassure the states that send the National Guard out that reimbursement would be a little bit more efficient — and the timeline would be a little quicker,” Dunbar said.

Dunbar also noted Madison, Wisconsin-based Truax Field’s selection as a preferred candidate for the F-35A fighter jet, highlighting the U.S. Air Force’s commitment to the total force as they field the newest fifth-generation fighter simultaneously in the active duty, National Guard and federal Reserve. The knowledge derived from the F-35 mission provides Airmen with valuable training and skills that can be used as a resource by the governor for domestic operations.

Conference attendees heard from a variety of speakers over the course of the two-day event, who offered briefings designed to enhance their responses to wide range of emergencies and disasters. Topics covered included ongoing efforts to improve cyber security, the battle against Wisconsin’s opioid epidemic, and using drones to help local emergency management agencies assess the damage done by storms or flooding.

Manuel Soto, with the city of Orlando Office of Emergency Management, also discussed the response to the Pulse Nightclub shooting in 2016, and how several agencies developed plans to help victims and their families recover in the aftermath of the tragedy.