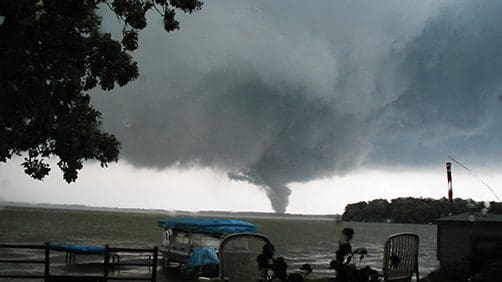 Schools, businesses, families, and individuals have two opportunities to test their emergency plans during the April 12 statewide tornado drills. The drills are part of the annual spring severe weather campaign to encourage everyone in Wisconsin to be ready for possible tornadoes and severe weather.

According to the NWS, Wisconsin averages 23 tornadoes annually. Last year, there were 23 tornado touchdowns in the state. While most were either EF0 or EF1, the state did record an EF3 on May 16, 2017. The tornado followed an 83-mile path across Polk, Barron, Rusk, and Price counties, killing one person and causing widespread damage. The state also experienced an outbreak of 10 tornadoes on June 14, 2017, across Shawano, Winnebago, Outagamie, Brown, and Waushara counties.