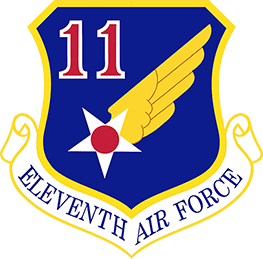 MADISON, Wis. — Brig. Gen. Daniel Yenchesky, the chief of staff of the Wisconsin Air National Guard, has been selected to serve in a dual-hat position as the Air National Guard assistant to the commander of 11th Air Force.

One of three numbered Air Forces of the United States Air Force Pacific Air Forces, 11th Air Force has responsibilities from Guam to Alaska, providing the command and control necessary to maintain the air sovereignty of the region, and provide tactical warning and threat assessment.

The new assignment puts him in a key position within a critical area of operations for the U.S. military as it addresses security issues in the region. The National Guard has a unique dual role in the nation’s defense. It not only serves as the first military responder in times of emergency, but also as the primary combat reserve for the Army and Air Force. Yenchesky’s role will be to advise the commander of 11th Air Force on Air National Guard affairs. “As an assistant to the commander, I’ll be working on the most challenging issues impacting the organization, especially as they relate to the needs of Air National Guard Airmen,” Yenchesky said, adding that if he can better understand the challenges they face, he can ensure they have the tools they need to succeed.

Simultaneously, Yenchesky will maintain his role as the chief of staff of the Wisconsin Air National Guard. He said he views the dual roles as being symbiotic. 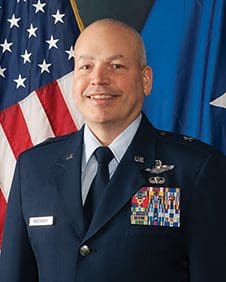 “Each link in our professional network adds to the collective wisdom of the organization, the National Guard and the Air Force,” Yenchesky said. “Those networks provide us the ability to find out how others have solved the challenge at hand.”

He added that the ability to grow the network of the Wisconsin National Guard adds to the organization’s strength.

Yenchesky has more than 27 years of military experience and has served in the Wisconsin National Guard for the past 17 years. Over the past decade, Yenchesky has commanded a number of units. Just prior to his appointment as chief of staff, he was the commander of the 128th Air Refueling Wing based in Milwaukee.

“I’ve been blessed to lead talented teams to ensure that our Airmen were fully ready to deploy and succeed during nearly continuous combat operations and homeland missions,” Yenchesky said.

He continued stating that the responsibility and tempo forces discipline and focus into every step of the process from recruiting to advanced training and leader development.

“It’s given me an understanding of the complexity and challenges of delivering combat airpower in a no-fail environment,” Yenchesky said. “It’s taught me what it takes to successfully lead large organizations.”

Yenchesky will officially start his new position in July, but said he has already been in contact with the 11th Air Force team so he can hit the ground running.

“I’m humbled to be selected to serve in this new role,” he said. “I’m grateful to have worked with so many great officers and enlisted leaders over the years, and they have helped me prepare for this new chapter.”