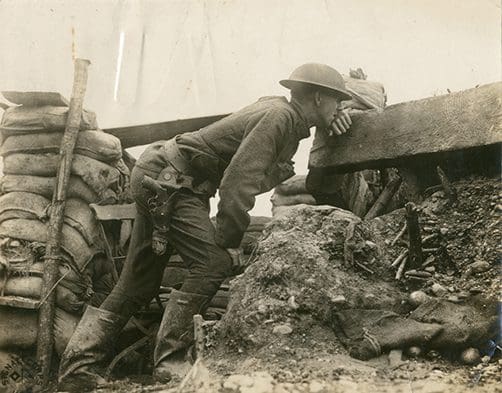 A 32nd Division Soldier peers over the trench line during World War I. U.S. Army photo

From the beaches of Normandy and the cliffs of Pointe du Hoc to the burning sands of the Middle East, the steaming jungles of Vietnam or the icy chill of Valley Forge, the Army has gone rolling along for 243 years.

It began June 14, 1775, when the Continental Congress formed the Continental Army as a means of unified colonial resistance to British forces. The Army’s founding predates the Declaration of Independence by more than a year. 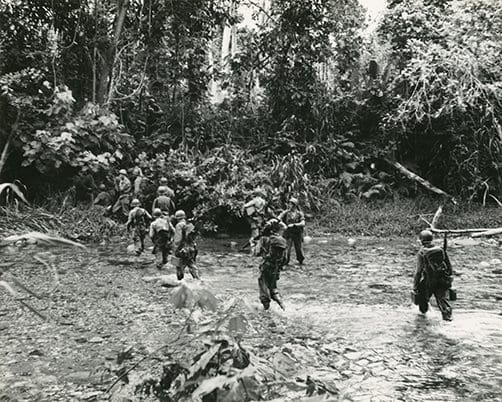 Since that time, the U.S. Army has served and sacrificed to secure our nation’s prosperity, uphold American values, advance American ideals of liberty and democracy and ultimately to protect the nation from those that wish it harm. American Soldiers have shed blood in places like Yorktown, Saratoga, New Orleans, Bull Run, Gettysburg and Antietam. They served valiantly in France, Germany and places like the Meusse-Argonne, Bastogne, North Africa, Palermo, New Guinea, and the Philippines and in nameless jungles in Vietnam, during the Incheon landings in Korea, or places like Kandahar, Bagram, Baghdad and Tikrit.

Countless others preserved the peace in Kosovo, West Germany or along the demilitarized zone in Korea, but all of them stood in the gap on behalf of their country ready to answer the call. 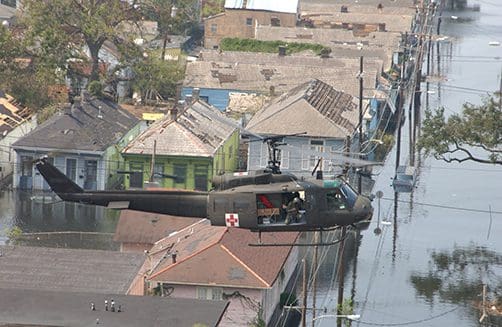 Our National Guard traces its lineage all the way back to 1636, when the first colonial militias formed in Massachusetts Bay Colony to provide for the common defense. Early American militias consisted of Citizen Soldiers ready to take up arms to ward off threats to fledgling settlements, frontier towns and colonial cities.

By 1775, a new threat had emerged in the form of a tyrannical monarch, and the colonies raised an organized Army to fight alongside its militias to expel the British and secure American independence from Great Britain. Since that time, militia forces – which grew into the modern National Guard – became an integral part of our nation’s defense. Today, in addition to serving as the first military responder in times of emergency, the National Guard serves alongside its active duty Army brethren as the Army’s primary combat reserve. 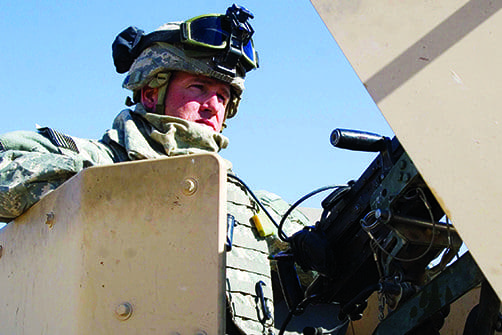 A Wisconsin Army National Guard Soldier from the 2nd Battalion, 127th Infantry during a break in the mission at Forward Operating base Summeral, Iraq, in June 2006. Wisconsin National Guard photo by Staff Sgt. Joseph Streeter

Wisconsin has a noble and storied Army tradition. There were men like Alonzo Cushing, of Delafield, Wisconsin, who posthumously was awarded the Medal of Honor in 2014 for his heroic actions with the 4th U.S. Artillery during the battle of Gettysburg, or General Douglas MacArthur who attended high school in Milwaukee. But much of Wisconsin’s military lineage centers on Wisconsin’s volunteer forces and what would become today’s National Guard. In fact, MacArthur’s father, Arthur MacArthur, rose to the rank of Lieutenant General and became the military governor of the Philippines by the end of his long and distinguished career. But his career began in the 24th Wisconsin Volunteer Infantry Regiment, which he eventually came to command as a 19-year-old after his heroics during the Battle of Missionary Ridge. In November 1863, during a critical moment of the battle, the then 18-year-old MacArthur seized the regimental colors and inspired his men shouting “On Wisconsin!” as they stood their ground. MacArthur earned the Medal of Honor for his actions that day, and gave inspiration to the name of the state university’s fight song. 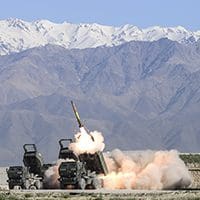 Other state raised forces went on to great fame in the Civil War as well, including the famed Iron Brigade, which consisted of the 2nd, 6th, and 7th Wisconsin Volunteer Infantry Regiments as well as regiments from Indiana and Michigan. Known for its tenacity and discipline, the Iron Brigade earned its place in history by fighting heroically in places like Bull Run, Antietam, Chancellorsville, and Gettysburg. Two current Wisconsin Army National Guard infantry battalions, the Eau Claire, Wisconsin-based 1st Battalion, 128th Infantry, and the Appleton, Wisconsin-based 2nd Battalion, 127th Infantry trace their lineage directly to the 2nd Wisconsin.

The 127th and 128th are both part of the famous Red Arrow, manifested today in the 32nd Infantry Brigade Combat Team. As the U.S. prepared to enter World War I, the National Guard was reorganized, and Wisconsin’s volunteer infantry regiments were redesignated under the 32nd Division. Those regiments became the 127th and 128th Infantry in the 32nd Division, and the division comprised almost all elements of the Wisconsin National Guard as well as much of the Michigan Guard.

Once again, Wisconsin Soldiers displayed their ferocity in combat on the battlefields of France, where the French dubbed them “Les Terribles.” The division would earn its now famous “Red Arrow” moniker and insignia after piercing every enemy line it encountered in World War I, including the vaunted Hindenburg Line. Included in the division was the 57th Field Artillery Brigade, which lives on today in the form of the Milwaukee-based 157th Maneuver Enhancement Brigade. The 57th included units such as the 120th and 121st Field Artillery, both of which remain active Wisconsin Army National Guard units today.

20 years later, the Red Arrow answered the call once more serving in the Pacific Theater during World War II. Fighting in brutal campaigns in New Guinea, the Philippines and eventually serving as part of the occupation force in Japan, the 32nd earned the distinction of serving more days in combat – 654 – than any other American division in the war.

After World War II, the division became an all-Wisconsin unit until reorganizing as a brigade in 1967. The Red Arrow lives on today in the 32nd Infantry Brigade Combat Team, which mobilized several battalions to serve in Iraq in the years after the attacks of September 11, 2001, culminating in 2009-10, when the entire 3,500 Soldiers of the Red Arrow deployed once again to Iraq.

Today, the Red Arrow and the rest of the more than 7,000 Soldiers of the Wisconsin Army National Guard in Wisconsin’s 157th Maneuver Enhancement Brigade, 64th Troop Command, and 426th Regional Training Institute continue to fulfill their mission as the Army’s primary combat reserve while simultaneously serving as the state’s first military responder in times of emergency.

Since the September 11 attacks, thousands of Soldiers and nearly every unit in the Wisconsin Army National Guard has deployed overseas to places like Iraq, Afghanistan, Kosovo, Guantanamo Bay and elsewhere.

Last fall, the Wisconsin National Guard deployed Soldiers and Airmen to Florida, Puerto Rico and the U.S. Virgin Islands to assist with hurricane recovery efforts, and Soldiers responded on multiple occasions to flooding last summer in Monroe County and Burlington, Wisconsin. More than 350 Soldiers are slated to deploy with the 1st Battalion, 121st Field Artillery later this summer.

Just as it has since its founding, the Wisconsin Army National Guard and its Citizen Soldiers remain a proud part of the Army’s total force, ready to serve the state and nation when called. And just as it has since 1775, the Army will continue rolling along.