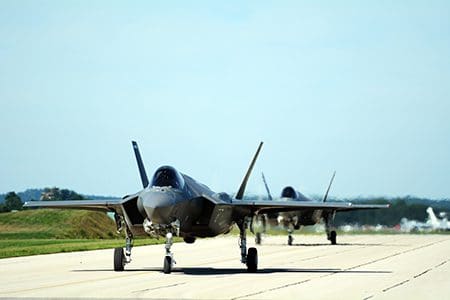 “The goal of the exercise is to provide tailored, cost-effective and realistic combat training for participating units in a joint and multinational environment.” Milne said. “The specific exercise scenario focuses on opposed air interdiction against a highly integrated air defense network composed of relevant surface-to-air and air-to-air threats.”

More than 1,000 participants and 60 aircraft representing a broad range of military assets are participating in the exercise.

There are Air Force, National Guard, Navy and Marine assets participating from units based in Arizona, Florida, Idaho, Indiana, Virginia, Washington and Wisconsin. Additionally, international partners are coming to observe portions of the exercise.

This year’s exercise runs in two sessions. The first was May 14-25, and the second is Aug. 13-24. Overall, Northern Lightning emphasizes air interdiction and fourth- and fifth-generation fighter integration, while focusing specifically on unit aircrew training objectives to prepare participating units for both their state and federal missions.

Volk Field is one of four combat readiness training centers in the country. It specializes in counterland operations, and is able to blend live and synthetic training domains. It has a 9,000-foot military-use only runway able to accommodate most military aircraft, and a 30,000 cubic mile airspace up to 50,000 feet. It is well equipped and situated to meet most aircrew training needs.