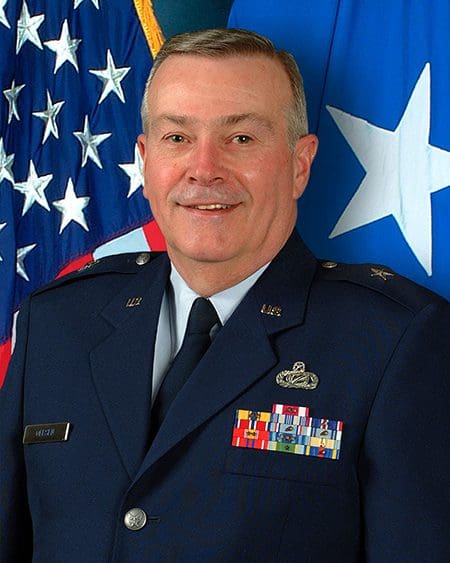 Three Wisconsin National Guard members, past and present, were honored by the National Guard Association of the United States (NGAUS), and Wisconsin’s adjutant general was elected chairman of the NGAUS board of directors, during the association’s 140th conference and exhibit last month in New Orleans.

Retired Brig. Gen. Gerald Olesen, Wisconsin’s deputy adjutant general for Air from 2006-2008, received the Distinguished Service Medal. According to the National Guard Association, the Distinguished Service Medal recognizes individuals who, as members of the Armed Forces, performed exceptionally outstanding service to the United States, to the Armed Forces, or to NGAUS. 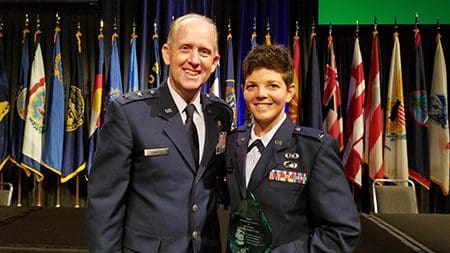 Though Olesen served a total of 41 years — 35 in the Wisconsin Air National Guard — and became director of the Retiree Activities Office and president of the Adjutants General Retiree Council after he retired from the military in 2008, he said he was surprised to receive the Distinguished Service Medal.

“Getting this award was really a highlight of my retired career,” Olesen said. “It’s a very distinguished award — I was honored to get it.”

During his career, Olesen advanced from the rank of Airman basic to master sergeant, and served as a first sergeant in the 128th Tactical Fighter Wing, predecessor to the 115th Fighter Wing. He then commissioned as a second lieutenant.

“Brig. Gen. James Dawson wanted to know if I wanted to be his executive officer, and I said, ‘sure,’” Olesen recalled. “I thought he was kidding.” 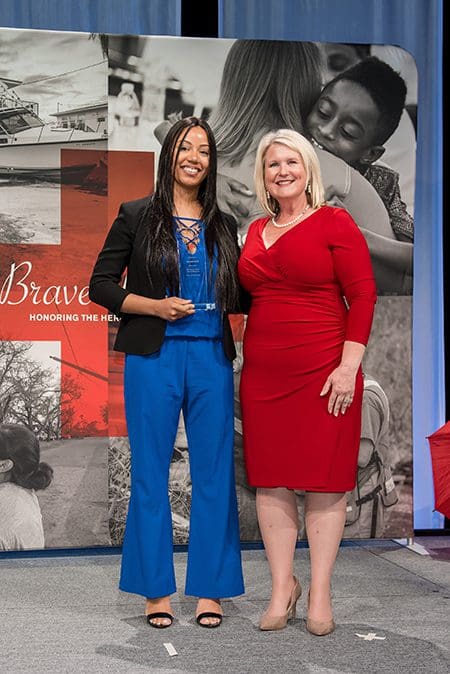 Olesen also saw the Air National Guard unit at Truax Field in Madison, Wisconsin transition from the O-2 Skymaster observation aircraft to the OA-37 Dragonfly, to the A-10 Warthog, and then to the F-16 Fighting Falcon.

“I’m just so grateful for the time I had,” Olesen said. “When you can go from Airman basic to master sergeant, from second lieutenant to brigadier general, that’s a heck of a career. I call it a Cinderella career.”

1st Lt. Cedar Hamilton, an air battle manager with the 128th Air Control Squadron at Volk Field, Wisconsin — and the Wisconsin Air National Guard’s 2018 Company Grade Officer of the Year — received the Theodore Roosevelt Leadership Award for Company Grade Officers. This award was established to recognize the achievements and dedicated service of Army and Air National Guard junior officers who have demonstrated outstanding leadership and professionalism in their services to country and community.

“The joint assignment was fulfilling,” Hamilton said, “but at times challenging.”

Hamilton also created a physical training program for her fellow Airmen, mentored eight Airmen in physical training, logged 25 kilometers in two Danish ruck marches, and ran six 5-kilometer races and an Air Force half-marathon. She volunteered at her base chapel while deployed to collect unused clothing, personal hygiene and food products for donation to host nation people in need and women’s shelters.

“Our program reallocated over 500 pounds of items,” she said.

Hamilton said she was honored and humbled to receive the Theodore Roosevelt Leadership Award.

“I was recognized for doing what I love to do,” she explained. “Wear an Air National Guard uniform, and serve.”

“I feel like at that moment and at that time, it was my duty,” Harris said in a Department of Military Affairs story that ran May 31. “Not only was I on orders, but all I could think about in my head was I don’t want anything to happen to this child — not in front of me, not right now. This is not her time.”

Maj. Gen. Don Dunbar has served as Wisconsin’s adjutant general since 2007. Nationally he also serves on the executive committees of the Governor’s Homeland Security Advisors Council (GHSAC) and the Adjutants General Association of the United States (AGAUS). Earlier this year he was appointed to the Department of Homeland Security’s Advisory Council. He has been a NGAUS board member for eight years, and has served two terms as the board’s vice-chairman for Air.

Dunbar said the election was both gratifying and humbling.

“This organization, for the past 14 decades, has sought to enlist Congress’ help in making the National Guard more effective,” Dunbar said. “Over the past two decades our country has seen just how important the National Guard is — not just as our states’ first military responder for natural disasters or civil unrest, but also as America’s primary combat reserve for national defense. The more we continue to improve our training and equipment, the more potent the National Guard can be when needed. That is an awesome and ongoing responsibility, but I am confident that the members of this board are up to the challenge.”

The National Guard Association of the United States formed in 1878 to educate Congress on militia training and equipment requirements, and today has nearly 45,000 members nationwide. The association continues to advocate on behalf of the National Guard for relevance, readiness, modernization and quality of life issues. Resolutions approved at this year’s meeting include modernizing the force, concurrent new equipment fielding, and military leave.