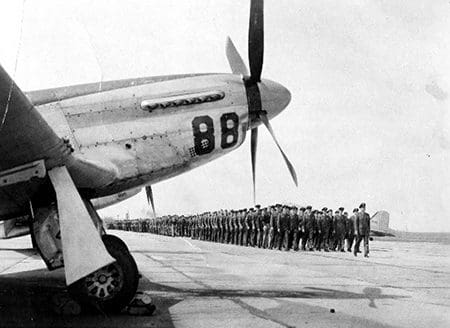 This month the Wisconsin Air National Guard’s 115th Fighter Wing marks its 70th birthday, celebrating the pillars of its past and building the foundations of its future.

“We owe our success to the trailblazers who raised their right hand and had the foresight to create a foundation that would prove invaluable for decades to come,” said Col. Erik Peterson, 115th Fighter Wing commander. “For 70 years, this unit has answered the call of our state and nation, and we will continue to defend and protect our freedoms stateside and abroad.” 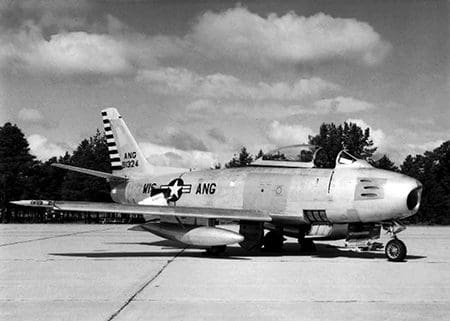 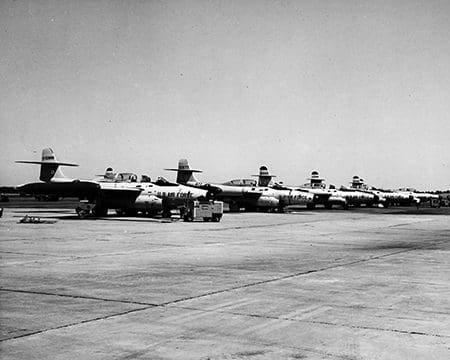 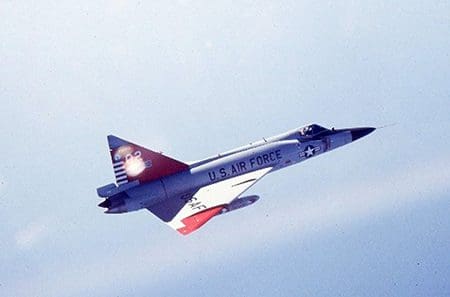 The unit that is today’s 115th Fighter Wing was not always a fighter unit, though. After flying combat aircraft of one kind or another for 26 years, the 176th Fighter Interceptor Squadron assumed a forward air control mission from 1974 to 1981. That’s when the unit gained the A-10 and became the 128th Tactical Fighter Wing. 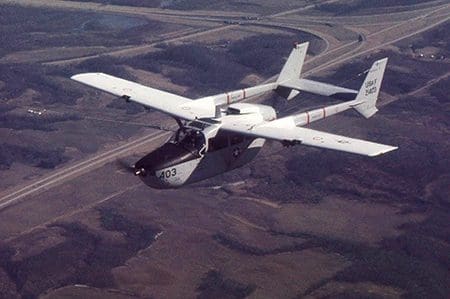 During its time with the A-10, the 128th Tactical Fighter Wing supported exercises in Europe and Central America, supported air defense missions in Panama and — with its C-130B aircraft and crew — logged more than 200 hours and 120 missions transporting 300 tons of equipment to Dover Air Force Base in Delaware and McGuire Air Force Base in New Jersey for shipment to Saudi Arabia. In 1991 the wing earned the first Outstanding Unit Effectiveness Inspection rating ever given to a fighter unit — active or reserve component — in the Tactical Air Command. 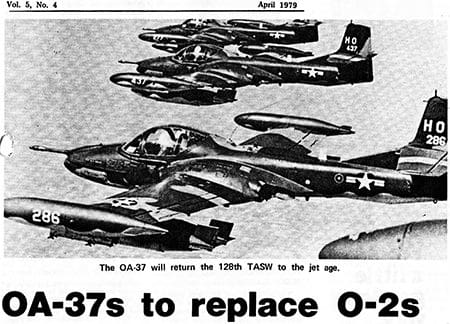 The 128th Tactical Air Support Wing returned to the “jet age” with the announcement that the not-much-loved O-2A Skymaster would be replaced by the OA-37 Dragonfly. The wing maintained its forward air control mission, which would continue into the A-10 Thunderbolt era two years later. Image from the April 1979 Badger Air Militia publication

For more than a quarter century the wing has flown the venerable F-16 Fighting Falcon — first as the 128th Fighter Wing, and then beginning in 1995 as the 115th Fighter Wing. The 115th supported no-fly-zone missions over Iraq in 1997. But the new millennium — and more specifically, the global war on terror — brought significant changes. 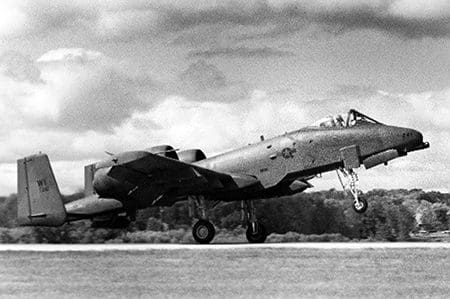 The 115th Fighter Wing supported Operation Noble Eagle beginning Sept. 11, 2001, providing 24/7 homeland defense under the North American Aerospace Defense Command (NORAD). The wing deployed to the 379th Air Expeditionary Wing in Southwest Asia in 2004, and to Joint Base Balad, Iraq in 2006, 2008 and 2009 in support of Operation Iraqi Freedom. It deployed to Kadena, Japan in 2015 and Kunsan, South Korea in 2017 to support Pacific Command Theater Security Package missions. And the fighter wing deployed to Lask Air Base, Poland in 2015 in support of Operation Atlantic Resolve. 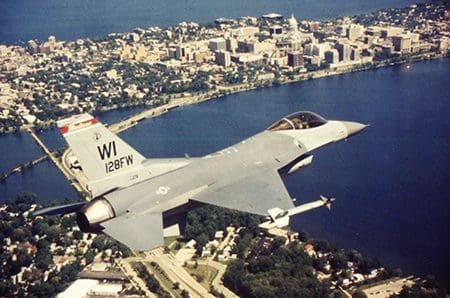 In 2005 the wing recorded the highest Unit Compliance Inspection rating to date — 99.4 percent — until 2010, when it beat its own record with a 99.5 percent rating. The 115th Fighter Wing also earned the Winston P. Wilson trophy again in 2005 as the best Air National Guard fighter wing.

Last December, Truax Field was named one of two preferred locations for the next Air National Guard units to receive the F-35A Lightning II 5th generation fighter jet. Pending the results of an environmental impact analysis, which could take up to two years, the 115th Fighter Wing could begin receiving the F-35A in early 2023. 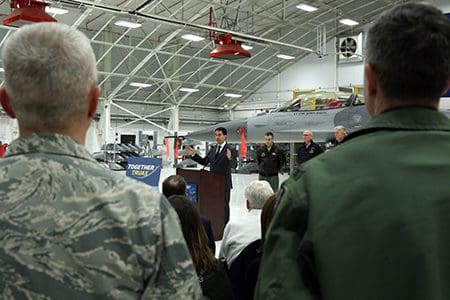 Gov. Scott Walker and senior Wisconsin Air National Guard leaders, along with members of Together Truax, announced that the U.S. Air Force selected Truax Field Air Base in Madison, Wis., as a preferred location for one of the next two Air National guard F-35A bases. The final basing decision will be made following completion of an environmental impact analysis. The 5th-generation fighter jet could arrive at Truax Field in early 2023. Wisconsin National Guard photo by Sgt. Katie Eggers

The unit’s Airmen have simultaneously stood ready to answer the call during times of emergency both here in Wisconsin and elsewhere around the nation, deploying personnel repeatedly during hurricanes, flooding and other natural disasters.

“We’ve been busy, but we know our future is bright,” Peterson said.

“Everything from the Midwest work ethic to the culture to the legacy to those who have come before to carry that torch — each successive generation has taken that performance bar and moved it up just a notch to set that bar just a little higher for everyone,” Ebben said. “That brings us to where we are today. There is no doubt in my mind that the 115th Fighter Wing is the absolute best combat Air Force unit in the United States Air Force — active duty, Guard or Reserve.”