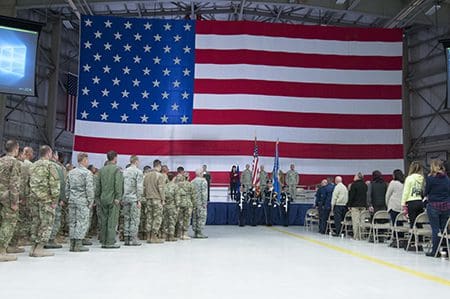 MILWAUKEE — National Guard units such as the 128th Air Refueling Wing often tout their hometown status, but when Airmen are away on deployment the unit’s sense of community becomes more like that of a family.

Master Sgt. Brandon Zahn and his wife, fellow 128th Air Refueling Wing member Master Sgt. Kristin Zahn, can relate. While Brandon was on a seven-month deployment to the U.S. Africa Command, he missed most of Kristin’s pregnancy. She gave birth to their daughter a week earlier than projected — a mere five hours before his return. 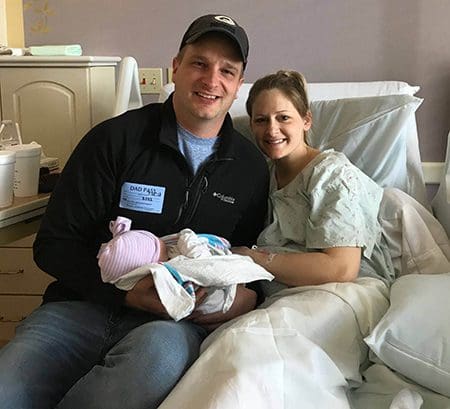 Master Sgt. Brandon Zahn and his wife, Master Sgt. Kristin Zahn, welcome their baby into the world in Milwaukee. The Zahn’s baby was born 5 hours prior to Brandon’s return home from a 7-month deployment with U.S. Africa Command. Photo courtesy of the Zahn family

“We joke that our daughter didn’t want to wait through delivery to meet her dad,” Kristin said during an Oct. 14 ceremony recognizing more than 260 128th Air Refueling Wing members who returned from deployments over the past year. Airmen commonly deploy individually or in small groups for several weeks or several months, based on their skill sets and the needs of overseas units.

Kristin encouraged spouses in her situation to not feel guilty about accepting help from others, and to be honest and understanding of each other. 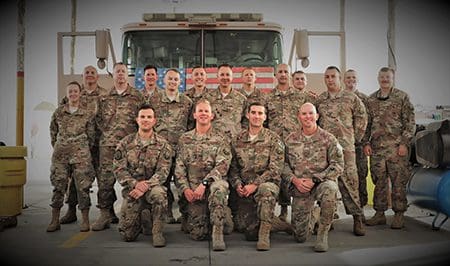 “Deployments and pregnancies are difficult on their own, and extra difficult when done together,” she said. “We wouldn’t have been able to do it without everyone’s support.”

During the ceremony, Lt. Gov. Rebecca Kleefisch thanked the Airmen and their families for their service and sacrifice.

“I know that there were trying times as you served far away from loved ones,” Kleefisch said.

Her words directly applied to Master Sgt. Brandon Gumm, an Air National Guard firefighter whose father died in Dallas while he was deployed to the Middle East. Once he received the official Red Cross notification, Gumm’s deployed first sergeant began coordinating emergency leave. 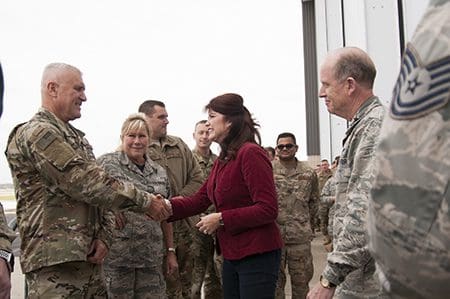 “The first sergeant there was phenomenal in getting the travel paperwork in order,” Gumm said.

“You — the warrior Airmen of the 128th Air Refueling Wing — adapted, overcame and prevailed in the face of any challenge that we put upon you,” Command Chief Master Sgt. Thomas Safer said during the ceremony. “But that’s just what you do — it’s what you always do, because you are the best of the best.”

“The families should be very proud as well for their role in holding down the fort and supporting our Airmen so that they could focus on their job,” Safer said. “Without your support, it would be very difficult to accomplish the mission. That’s just a fact.”