Wisconsin Air Guard names its Outstanding Airmen of the Year

The Milwaukee-based 128th Air Refueling Wing and the Madison, Wisconsin-based 115th Fighter Wing each boast two recipients of the Wisconsin Air National Guard’s Outstanding Airmen of the Year for 2018.

“I’ll state the obvious — we have many great Airmen doing some really awesome things,” Chief Master Sgt. Thomas Safer, the Wisconsin Air National Guard’s senior enlisted advisor, said after a review board selected the Airman of the Year recipients.

To be named Outstanding Airman of the Year, recipients must consistently demonstrate outstanding leadership, job performance and superior Airman qualities. These reflect what is required for the Wisconsin Air National Guard to fulfill its duties as the primary combat reserve of the Air Force while simultaneously remaining ready to serve the governor in times of emergency. 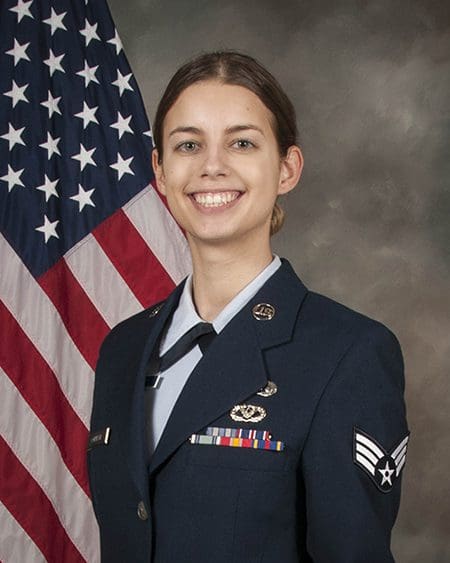 Corbett grew up as part of a military family in Milwaukee and enlisted in the Wisconsin Air National Guard as a high school senior. Her job is to help prevent, prepare, respond and recover from natural disasters and manmade incidents — chemical, biological, radiological and nuclear — in both war and peace settings. She credited her family and coworkers for her being named Outstanding Airman of the Year.

“I know my family members and the people I work with in [emergency management] have sacrificed and helped me in every way,” Corbett said. “They deserve this just as much as I do.” 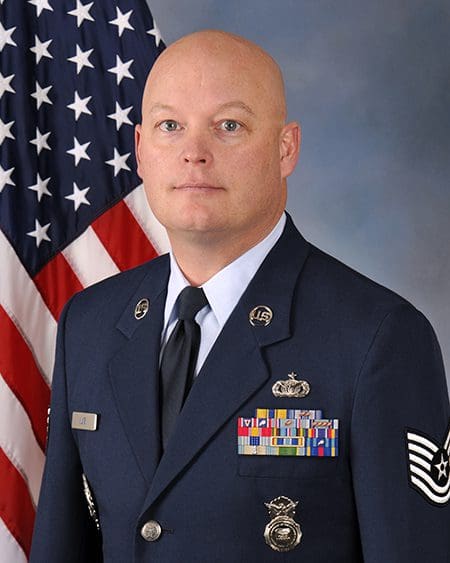 Lutz, a Mount Horeb, resident, served on active duty for three years in the security forces before joining the Wisconsin Air National Guard in 2001 in the same field. He has been in recruiting since 2013.

“I left active duty early because my mother had terminal cancer,” Lutz explained. “Once she passed, I knew I wanted to go back into the military, and being able to have the best of both worlds — being in the military and being close to home — made my choice very easy.”

Lutz said being named Noncommissioned Officer of the Year was “beyond words.”

“To know that I was chosen for this honor out of all the many deserving individuals in the Wisconsin Air National Guard is the greatest honor of my military career,” Lutz said. 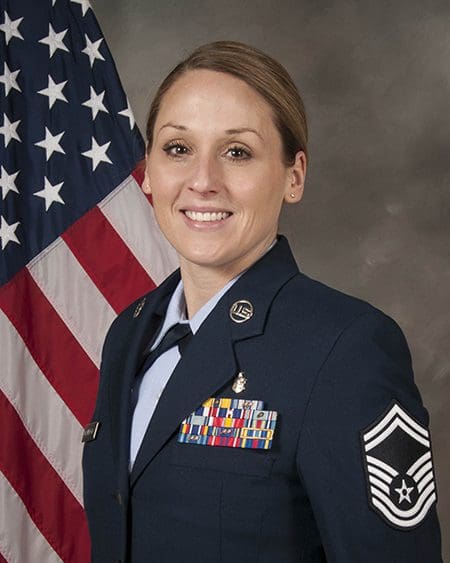 “This recognition is truly a testament of the outstanding Airmen I have the opportunity to lead and mentor at the 128th Medical Group,” a subordinate unit of the 128th ARW, Rosenberger said. “They are some of the most motivated and mission-focused Airmen I have ever worked with in my Air Force career.” 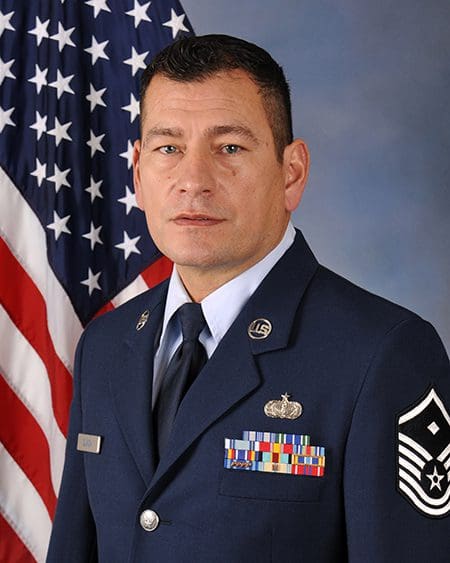 Zuniga, a Waukesha resident, said his primary duty is to take care of Airmen. He spent many years in the Army prior to his current assignment, serving on active duty for three years, and the Wisconsin Army National Guard for another 11 years before joining the Wisconsin Air National Guard in 2003.

“I was tired of spending my [annual training] at Fort McCoy every summer,” he joked. “I wanted to travel more and see the world.”

Zuniga also said he was humbled to be named First Sergeant of the Year, and emphasized that despite being an individual award, the honor belongs to the outstanding professionals in his unit.

All four recipients indicated that the best way be named an Outstanding Airman of the Year is not to set that as a goal.

“Do your job and put all you can into it without expecting an award,” Corbett said.

“Don’t work hard because you want to win awards,” Lutz said. “Strive to accomplish the mission to the best of your abilities. Lean on your team when needed, and always keep in mind we are here to serve.”

“Always add value to the work you do within your military and civilian career, and inspire others to do the same,” Rosenberger said. “Most importantly, take care of your Airmen.”

“Don’t chase the award,” Zuniga said. “Just do what you have been doing — don’t change what you have done to this point to get nominated for the award.”

“These four outstanding warriors epitomize the very finest qualities of an American Airman and represent the culture of professionalism, dedication and excellence that the Wisconsin Air National Guard is known for,” Safer said. “These are savvy, talented and innovative Airmen that are the face of our future enterprise. I can’t wait to see all the great things they will accomplish in the years to come.”