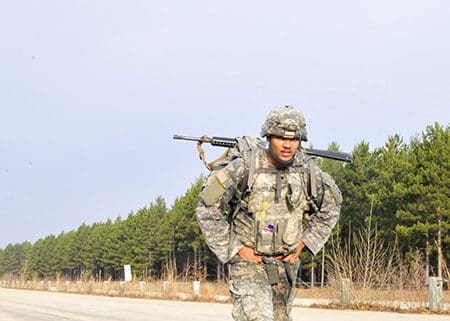 CAMP DOUGLAS, Wis. — Wisconsin National Guard Soldiers and Airmen past and present will be honored at an awards ceremony at a 7 p.m. ceremony at Volk Field Thursday, Sept. 5. 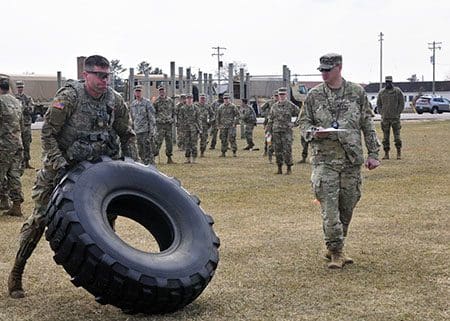 Slack served as Wisconsin’s adjutant general from 1989-1996. He originally enlisted into the Illinois Air National Guard in 1959 before his assignment as a pilot in the 176th Fighter Squadron and later as an operations officer with the 115th Fighter Group. He held various assignments in both the 176th Tactical Air Squadron and the 128th Tactical Fighter Wing before his reassignment as the director of operations for the Wisconsin Air National Guard and eventually the Wisconsin Air National Guard chief of staff. He amassed more than 3,200 flight hours in the T-37, T-33, F-89, F-102, O-2, OA-37, A-10, and KC-135. 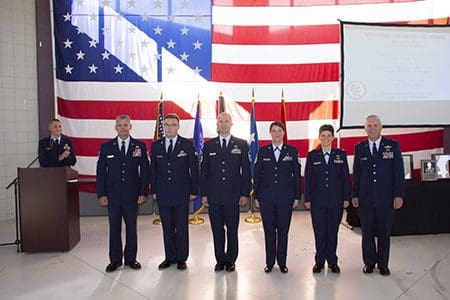 Patrouille served as the first sergeant of Company A, 2nd Battalion, 127th Infantry and in the Army National Guard’s Recruiting and Retention Battalion for 40 years. A heavily involved member of his community, Patrouille mentored and developed hundreds of Wisconsin National Guard Soldiers over the course of his career in his various assignments. He also established one of the first off-site associate degree programs through Lakeland University to better the lives of Soldiers serving in the organization.

Nehls began his career in 1978 as an infantryman assigned to Company A, 2nd Battalion, 127th Infantry as well before attending the Wisconsin Military Academy to pursue his commission as an officer in 1983. He served in a variety of command and staff assignments at both the company, battalion, and brigade levels, including commanding a special task force for Operation Noble Badger, the airport security operation after the attacks of Sept. 11, 2001. He eventually commanded the Wisconsin Army National Guard’s 64th Troop Command before serving as the chief of staff of the Wisconsin National Guard’s joint staff. He also became the first commander of the 54th Weapons of Mass Destruction Civil Support Team and was instrumental in developing the unit, which today serves as a full-time response force for incidents involving weapons of mass destruction and hazardous materials. Nehls also served as the Dodge County Sheriff in 2005 and is a veteran of the war in Afghanistan.

The ceremony will also recognize the Wisconsin National Guard’s Soldiers and Airmen of the Year. The Army Guard crowns its honorees through the annual Best Warrior Competition held each year at the state level at Fort McCoy. Madison resident Sgt. Alexander Wilkinson-Johnson, of Headquarters Troop, 1st Squadron, 105th Cavalry, earned the title of the Soldier of the Year during the competition while Deerfield resident Sgt. Jason Wagner, of Detachment 1, Headquarters Battery, 1st Battalion, 120th Field Artillery, became the 2019 Noncommissioned Officer of the Year. Capt. Cody Anderson, a Grafton resident assigned to Battery B, 1st Battalion, 121st Field Artillery is the company grade officer of the year by virtue of his selection as Wisconsin’s nominee for the General Douglas MacArthur Leadership Award. Anderson went on to become one of just 30 recipients of the General Douglas MacArthur Leadership Award across all components of the Army.