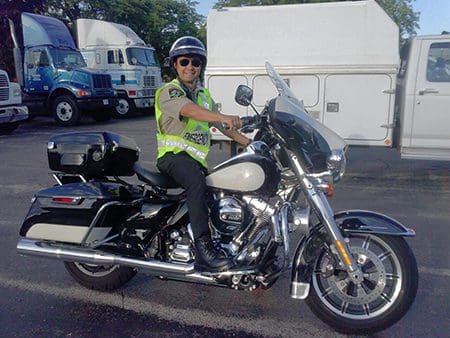 SKOKIE, Ill. — A Wisconsin National Guard Airman made headlines earlier this year when he saved the life of a baby by performing the Heimlich maneuver at the Shake Shack restaurant in Skokie, Ill. But it was his unique background growing up in the Philippines, persevering in the United States, becoming a police officer and serving in the military that ultimately led him to that moment where he could have an impact on another’s life, as many others have had an impact on his.

Senior Airman Earol Mora, a maintenance administration specialist with the Milwaukee-based 128th Air Refueling Wing, was enjoying a shake on the afternoon of July 3 when a distressed mother asked for help for her choking baby. Mora immediately got up, took the baby, and assessed what was wrong. 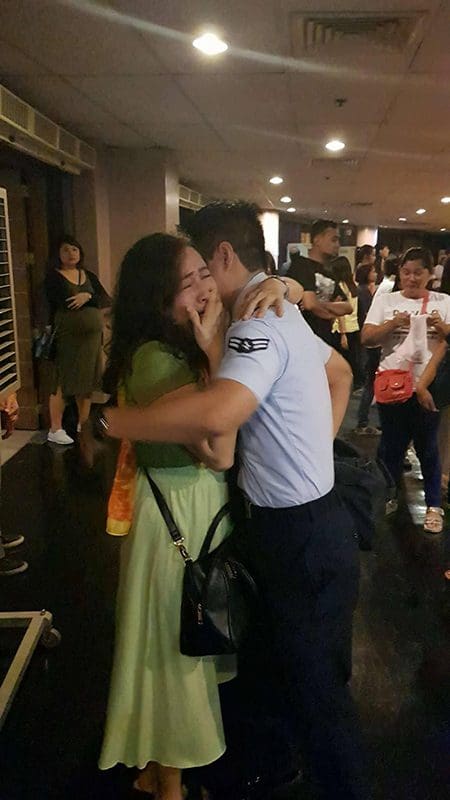 Senior Airman Earol Mora reunites with his mother in the Philippines after not seeing her for 15 years. Submitted photo

“Based on my training and experience, it appeared that the baby was choking and struggling to breathe,” Mora said. “The baby was very pale, stiff, and the eyes were wide open.”

Mora told the mother to call 9-1-1 while he performed the baby Heimlich maneuver. He reassessed the baby, and saw that the infant was still struggling to breathe. He began to perform the baby Heimlich again while praying for the small child. The food exited the child’s mouth, allowing the baby to start breathing normally again.

Mora learned the Heimlich maneuver through his military training as well as through training from his civilian job as a police officer. He acted out of a sense of duty, he said, and because it is his passion to serve and inspire others to do the right thing.

After saving the baby’s life, Mora said to the couple, “When I was young, a police officer and military saved my life. Maybe when your baby grows up, he will become a military or police too, and save someone else’s life.” 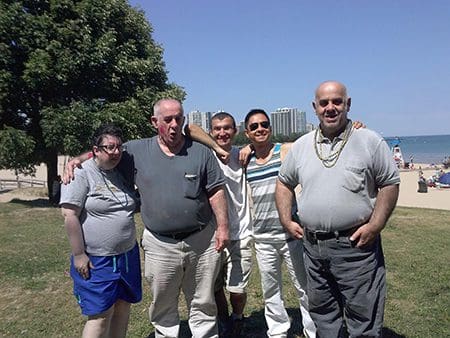 Mora was born and raised in the Philippines. He received good advice and a great perspective on life from military personnel and police officers. As a child, he watched Disney cartoons and told his dad that someday he would go to Disneyland, and serve in the military and as a police officer. Unfortunately, his dad passed away when he was ten years old, never getting the chance to see Mora fulfil his childhood dreams.

“Ever since I was young, I’ve always dreamed of going to the United States,” Mora said. “I share the same values, beliefs, broad perspective, and way of life. Also, I wanted to give my mother a better life.”

When Mora was old enough, he applied for a U.S. Visa on multiple occasions.

“I was denied a few times because I did not have enough bank account money, no property, little to no work experience, no relatives in the U.S., and [I was] still in college,” Mora said. “I did not give up. Through persistence, diligence and determination, I overcame these obstacles and earned a U.S. Visa.” 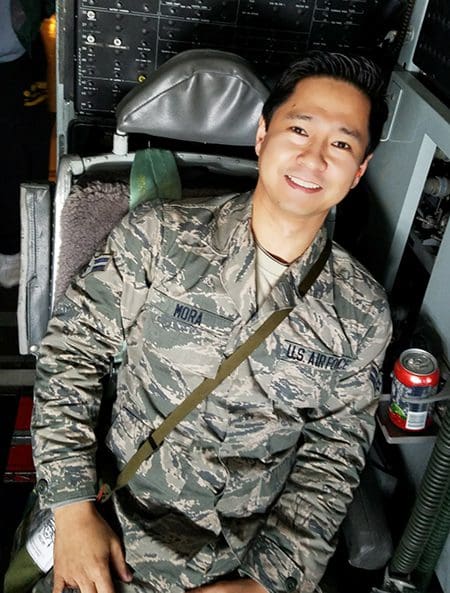 When he arrived in the United States in 2002, he had a suit case, $100, and a heart full of dreams, motivation and goals, Mora said. He could hardly speak any English, and didn’t know anyone.

Mora had a strong desire to join the United States military, and never lost sight of that dream.

“I want to defend our American way of life, and help solve our community and country’s problems,” Mora said. “I want to serve and lead others, and provide the needed level of service to the people.”

After he received permanent resident status in the United States, Mora called more than 15 military units and bases with no luck.

“They all said I need to be a citizen in order to join their unit,” Mora said. “I never gave up on my dream. I continued to call recruiters and military bases. It was exhausting and sometimes very frustrating, but I kept moving forward.”

Mora’s hard work and dedication paid off. He received a call from a recruiter two months before he reached the maximum age limit to join.

Mora swore into the Wisconsin Air National Guard in October 2015. In 2016, he earned citizenship in the United States. He said that continuous training and education helped him gain knowledge, skills, and the confidence to take action in stressful and dangerous situations such as the one that presented itself at the restaurant in Skokie.

He has served his country and community honorably, and continues to do so.

“Senior Airman Mora is highly motivated and always displays a positive attitude,” said Master Sgt. Mark Ulmen, Mora’s supervisor at the 128th Air Refueling Wing. “He looks for the best in others and is always willing to help. Senior Airman Mora has a strong work ethic and is always willing to learn. He is proud to be a United States citizen and a member of the United States Air Force.”

Mora said the hardest sacrifice he had to make to get to where he is now was not seeing his mother and family for 15 years, and letting go of his first true love. Mora reunited with his mother, family and childhood friends in 2017 in the Philippines. A petition he filed to bring his mother over recently was approved, and Mora’s mother will be moving in with him this year.

“Every day I feel that the more I serve the people, the stronger my desire becomes to serve others even more, even better,” Mora said. “I feel that I am not doing others a favor when I help them. They are doing me a favor for giving me an opportunity to help them. So, I want to spend the rest of my life and career serving others and keeping our country and community safe.”

That’s just the kind of people needed in an organization like the Wisconsin National Guard, which has a unique dual-mission to serve both the state and nation in times of emergency and war.