Airmen from Madison, Pardeeville and Portage, Wisconsin and St. Paul, Minnesota have been recognized as the Wisconsin Air National Guard’s Outstanding Airmen of the Year — and one has received national recognition.

To be named Outstanding Airman of the Year, recipients must consistently demonstrate outstanding leadership, job performance and superior Airman qualities. These demonstrate what is required for the Wisconsin Air National Guard to fulfill its duties as the primary combat reserve of the Air Force, while simultaneously remaining ready to serve the governor in times of emergency.

Last month, Southworth was also selected as the Air National Guard’s First Sergeant of the Year. Her job requires her to resolve issues that can negatively impact unit readiness as well as work with the squadron commander on unit morale, health and welfare issues. 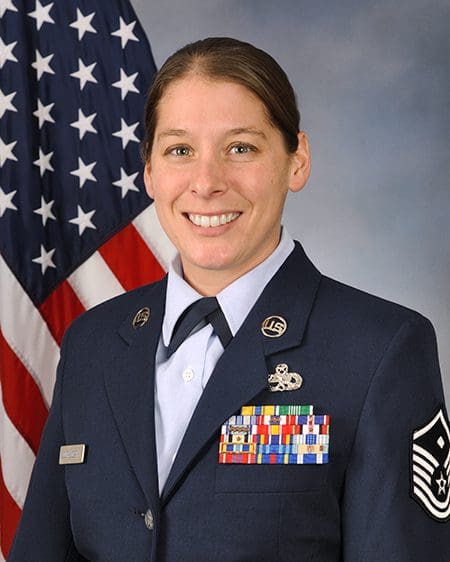 “[This recognition] signifies the trust that the Airmen have in me,” Southworth said. “Following through is very important, as it creates trust.”

Southworth, a Portage, Wisconsin resident, has served in the Wisconsin Air National Guard for 16 years. She said dedication to her job and her coworkers factored into being considered for the recognition as First Sergeant of the Year, along with “having a ‘what else can I do?’ mindset, and trying to set things up well for the next person.”

King, a Sun Prairie native currently residing in Madison, is part of a team responsible for protecting people, property and the environment from fires and disasters. He also serves as an Urban Search and Rescue Team member, and with the 115th Fighter Wing Honor Guard.

“It’s an honor to be recognized,” the University of Wisconsin student acknowledged. He said much of the consideration for his nomination was due to his involvement outside of the Wisconsin Air National Guard. He volunteered 90 hours compiling, researching and analyzing DUI data for the Wisconsin Alcohol Policy Project, which aims to help establishments recognize when to stop serving alcohol to customers. He also coordinates up to 20 volunteer efforts per year for the university’s Wisconsin Triathlon Team, and logged more than 300 hours of training to compete in the Ironman Wisconsin competition last September. The UW-Madison Political Science Department selected him to attend the U.S. Air Force Academy Assembly, an annual conference where undergraduate students, Academy cadets, government officials and scholars discuss pressing military topics. 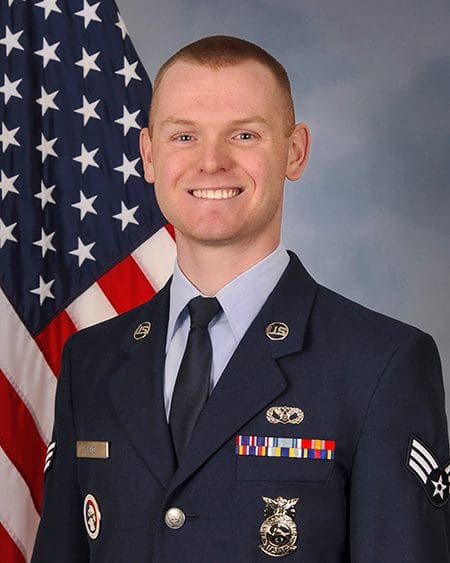 “To me, this was just a normal part of being a hard-working college student,” King said. “I didn’t expect that it could or would be compiled into an award nomination.”

Brandner’s primary responsibility in the Wisconsin Air National Guard is to assign cooks and ensure that hungry Airmen at the 115th Fighter Wing have enough to eat.

“My job directly impacts the morale of the organization by giving them high-quality, warm food,” the Pardeeville resident said. But his duties also include fitness monitor, lodging manager, fatality search and recovery, and mortuary affairs. 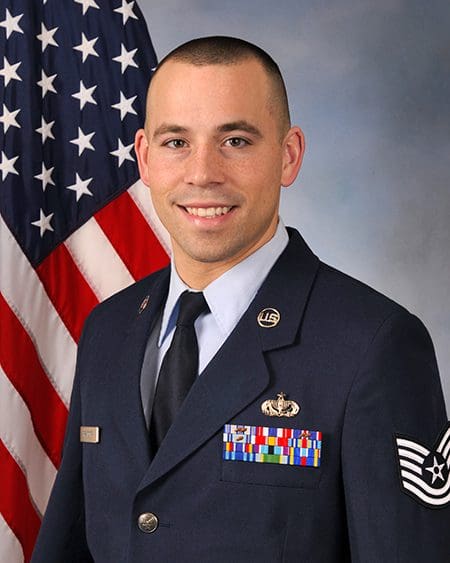 Brandner said training is vital to exceed the standard and achieve excellence. Working with other squadrons or wings also helps to hone and refine abilities, he said. 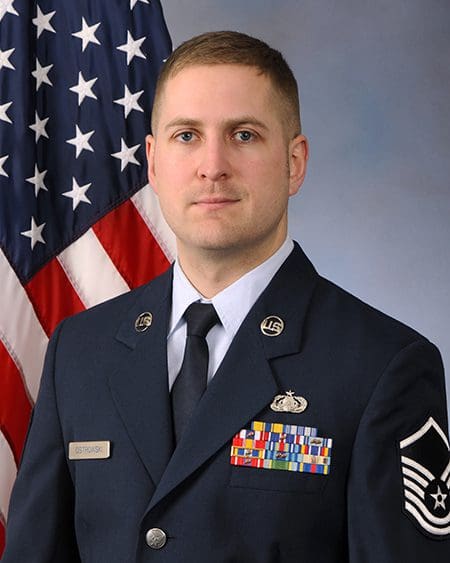 The Tomah, Wisconsin native now residing in St. Paul, Minnesota said he was honored and humbled by the recognition.

“Dozens of my counterparts should have been nominated,” Ostrowski said, thanking his supervisors and fellow Airmen. “This is not an individual award — rather, it’s an award for all the Airmen I have had the pleasure to work with over the course of my career.”