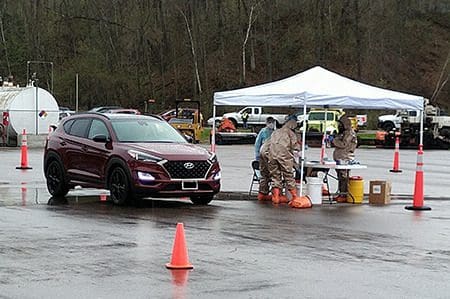 Editor’s note: A B-roll package depicting a testing site supported by the Wisconsin National Guard in Buffalo County from May 1 is available at the following link: https://dvidshub.net/r/4zuvga

An A-roll package with interviews of Wisconsin National Guard Citizen Soldiers and Airmen supporting the testing site in Buffalo County from May 1 is available at the following link: https://dvidshub.net/r/odux4b

The teams, comprised of more than 300 Citizen Soldiers and Airmen in total, established mobile testing sites at locations ranging from correctional facilities and health clinics, to private businesses, and community-based testing sites.

A number of specimen collection sites have ongoing operations including:

As of May 3, Wisconsin National Guard teams had collected nearly 6,250 specimens statewide.

The Wisconsin National Guard has fulfilled a variety of roles across the state since its response to the COVID-19 pandemic began after a March 12 public health emergency declaration from Gov. Tony Evers. Ongoing Wisconsin National Guard missions include a warehousing mission where 20 Citizen Soldiers are assisting the Wisconsin Department of Health Services at a state warehouse receiving personal protective equipment (PPE) shipments from around the state, repackaging them, and redistributing them to areas in need.

Meanwhile a team of Guard members is supporting the Dane County Coroner’s Office and assisting their office with mortuary affairs operations. 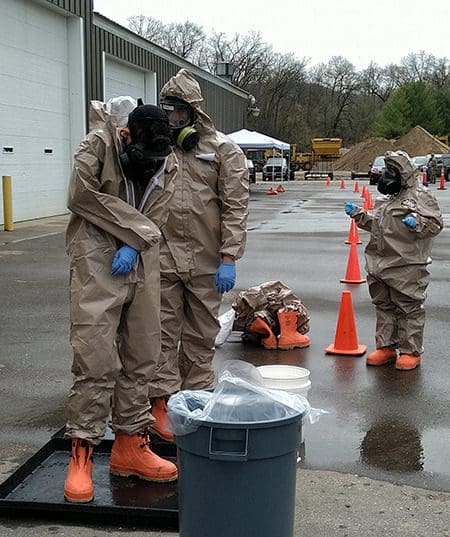 The Wisconsin National Guard has completed a number of other missions since the state’s response began in March including when it sent a team of six medics to a senior living facility in Grafton for three days to augment the staff after a COVID-19 outbreak resulted in a temporary staffing shortage.

More than 2,400 Citizen Soldiers and Airmen mobilized to support the Wisconsin Elections Commission during the April 7 election, where they served as poll workers across 71 of Wisconsin’s 72 counties. Guard troops also procured and distributed hand sanitizer, wipes, spray bottles, and PPE to polling sites statewide in advance of the election.

Guard members also transported a group of Wisconsin citizens returning from a cruise ship with confirmed COVID-19 cases back to their homes in mid-March after a weeks-long ordeal.

All told, more than 1,000 Citizen Soldiers and Airmen from the Wisconsin National Guard are now serving in direct support of the state’s response to COVID-19 in a variety of statuses.