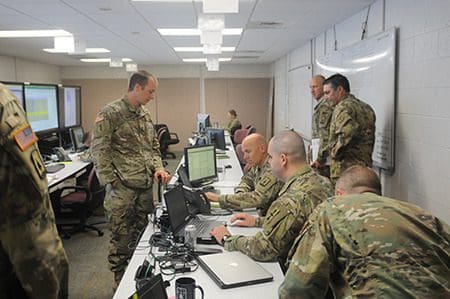 MILWAUKEE — More than 1,400 Soldiers and Airmen from communities across Wisconsin made up a task force that provided support to civil authorities in communities across the state following civil unrest that took place in Milwaukee, Madison, Green Bay, Racine, and Kenosha.

The troops began mobilizing to state active duty May 30 before concluding their missions June 8 to assist civil authorities in each community in preserving public safety and helping ensure individuals could exercise their rights to peacefully demonstrate. 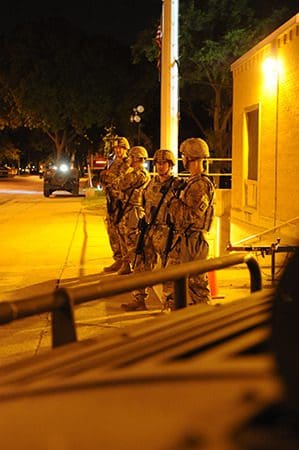 “We’re here to provide a presence and keep people safe,” Knapp told the Citizen Soldiers and Airmen. “I have been getting out with the Soldiers and Airmen and the feedback from all of the local communities that we’re supporting has been overwhelmingly positive and appreciative of our support.”

The Wisconsin National Guard worked closely with local officials to preserve public safety, and help ensure citizens have a safe opportunity to demonstrate peacefully at protests without fear. 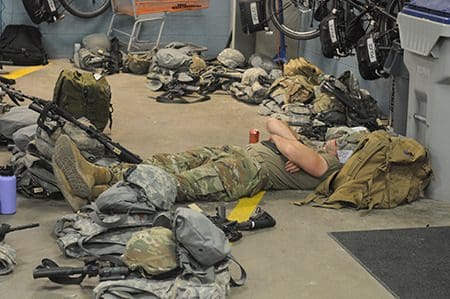 A Soldier rests after a shift supplementing the Milwaukee Police Department June 7, 2020. Soldiers from the 1st Battalion, 121st Field Artillery augment the Milwaukee Police Department at District 7 in response to the governor’s request for troops to assist local authorities in communities across Wisconsin. Wisconsin National Guard photo by Sgt. 1st Class Matthew Ard

Col. Matthew Beilfuss, commander of the 157th Maneuver Enhancement Brigade, detailed some of the reasons why the operation was successful stating, “I think it’s due to the contingency planning that has occurred. The state leadership and joint staff are always looking at scenarios that could potentially happen where we could be of assistance domestically. I think having that in place and having that thinking enables us to be able to more quickly shift from being at home, to supporting civil authorities in a matter of hours. If that thinking, prepositioning and planning hadn’t occurred, we wouldn’t be as prepared as we were to do this mission.”

Command Sgt. Maj. Duane Weyer, command sergeant major of the 157th Maneuver Enhancement Brigade, praised the troops that were part of the response. 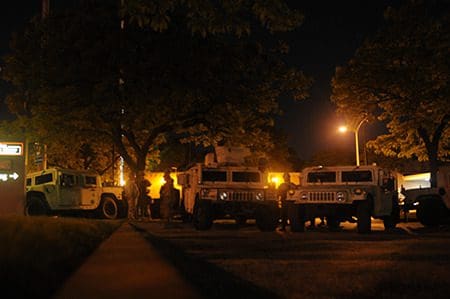 “The diversity and flexibility of the Soldiers of the Wisconsin National Guard to manage any task that’s put in front of them,” he said when asked what was most impressive about the Guard’s response. “The leadership does a great job by providing the proper equipment, the proper training and adjusting the Soldiers to the proper locations. My heart goes out to all of the families that have to live without their loved ones while they serve the great citizens of the State of Wisconsin.”

“First and foremost, we integrate with local law enforcement, and cater to the needs that they have,” he said. “They’re really the ones running the show, and we’re augmenting them. We’re out there to protect the people, to protect their property and to protect their first amendment right to peacefully protest. The people we are working for are happy with the effort and how we’re contributing. I think everybody sees the difference we’re making and they’re very happy with it. We’ve been doing what was asked, and I think we’re doing it well.”

Senior Master Sgt. Nathan Thrun, an installation emergency manager with the Civil Engineering Squadron at the 128th Air Refueling Wing in Milwaukee emphasized that, “Those men and women you see in the uniforms out there – those are your neighbors, and they are people in your community. They are not there because they want to hurt you. They are not there because they want to interfere with your rights as an American. They are there ultimately to help the people that are out there protesting peacefully get their message across.”

In addition to helping people protest peacefully, the National Guard has to keep COVID-19 in mind when making decisions.

“We’re following CDC guidance at the national level as well as DHS here in Wisconsin,” said Knapp, “The biggest priority for this task force is keeping the people of Wisconsin safe.”

Private First Class Catherine Lee, a human resources specialist with the 157th, stated that the National Guard “provides a space for quiet voices to become louder. We help focus the protesting to be the main point and not the violence.”

The Wisconsin National Guard simultaneously continues its mission to support the state’s response to the COVID-19 pandemic with more than 1,200 troops serving in direct support of the mission. More than 500 Wisconsin National Guard troops are also serving overseas in support of the Guard’s federal mission as the primary combat reserve of the Army and Air Force with troops in places like Afghanistan, the Middle East, the Horn of Africa, and Ukraine.