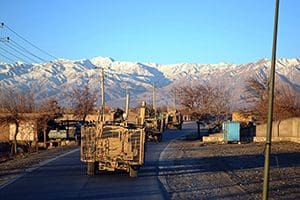 Despite mission changes, all is well for 950th in Afghanistan

By the time the 950th Engineer Company left for Afghanistan late last year, the unit had spent 15 months of drill and a three-month deployment train-up preparing to clear improvised explosive devices and other hazards from the country’s roads.As a route clearance company, the Superior, Wisconsin-based unit expected to secure the key travel corridors that coalition forces use every day to move critical supplies, equipment and personnel throughout the region, and while part of the unit has conducted a route clearance mission, more than half of the unit is engaged in other missions.
read more