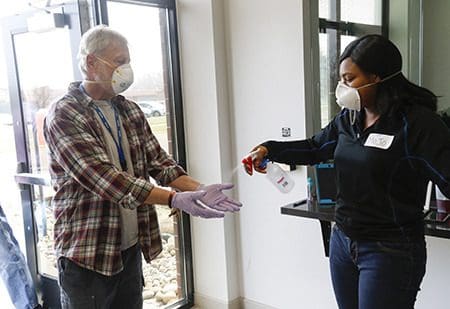 Individuals interested in being a poll worker are encouraged to apply by contacting their municipal clerk’s office or visiting the MyVote Wisconsin.

“The Wisconsin National Guard has played a critical role in our response to the COVID-19 pandemic and this mission is no different,” said Gov. Evers. “Time and time again the Guard has stepped up to help their neighbors, friends, and communities, as they will be doing on election day by helping to ensure that every Wisconsinite can vote safely without fear for their health.” 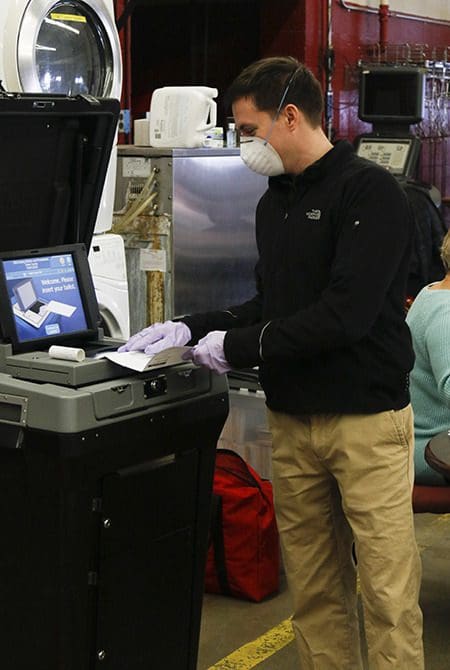 The troops will report to duty on Sunday to complete necessary training and begin receiving assignments. They’ll report to clerks on Monday to receive site-specific training and assist with polling place setup, before fulfilling the role of traditional poll workers on Tuesday during the election. The troops will be released from duty August 12.

Members of the Wisconsin National Guard reside in all 72 Wisconsin counties and will serve in the county in which they reside wearing civilian clothes due to a critical shortage of poll workers in the state stemming from concerns over COVID-19. Guard members will perform the same roles and functions as other volunteers who traditionally staff the state’s polling sites.

“We’re working in close collaboration and partnership with the Wisconsin Elections Commission to anticipate needs in each county,” said Brig. Gen. Robyn Blader, Wisconsin’s assistant adjutant for readiness and training and the Guard’s liaison with the Wisconsin Elections Commission. “This is truly neighbors helping neighbors, because these Guard members will be serving in their own home communities across the state. As Citizen Soldiers and Airmen, we’re honored to fulfill this role and to help our state during a time of need.”

The Wisconsin National Guard also worked in collaboration with the Civil Air Patrol and the Wisconsin Elections Commission in recent weeks to ship supplies of hand sanitizer, wipes, spray bottles, and personal protective equipment to each county to help ensure safe and sanitary polling sites.

The mobilizations to support the Wisconsin Elections Commission have come amidst the largest sustained mobilization for domestic support in the state’s history. More than 1,000 Wisconsin National Guard Citizen Soldiers and Airmen continue to support the state’s response to the COVID-19 pandemic. The Wisconsin Guard simultaneously mobilized troops to assist civil authorities in preserving public safety amidst civil unrest in both May and June across several Wisconsin cities.

No Guard personnel supporting the COVID-19 pandemic response will be diverted to support the polling site support mission.

Hundreds of Wisconsin National Guard troops simultaneously remain deployed across the globe to places like Afghanistan, the Middle East, and the Horn of Africa in support of the Guard’s federal mission as the primary combat reserve of the Army and Air Force.

The Wisconsin National Guard consists of nearly 10,000 Citizen Soldiers and Airmen in total.