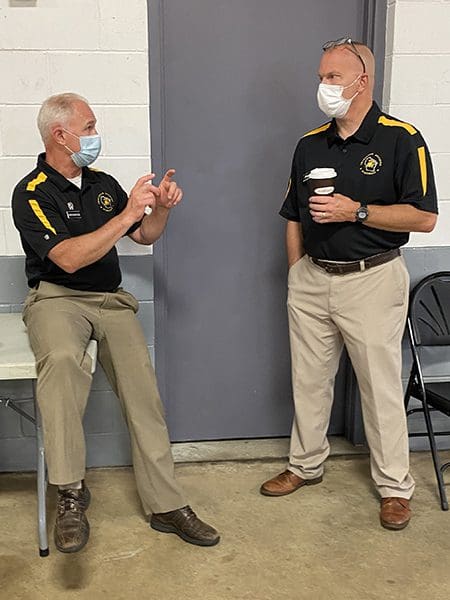 FORT MCCOY, Wis. — The incoming Wisconsin National Guard Challenge Academy director brings a lifetime of experience that he believes prepares him for his new role.

The Wisconsin National Guard Challenge Academy is part of a national program which provides teens at risk of not graduating high school an opportunity to earn their GED as well as unlearn bad habits and incorporate important values and life skills. The two-phase program begins with a five-and-a-half-month residential phase at the academy’s Fort McCoy, Wisconsin campus. The residential phase uses a military setting — barracks living, marching and formations, drill and ceremony, physical training, and basic military courtesy such as referring to cadre staff as “sir” or “ma’am” — to reorient students from lifestyles and habits that jeopardized their education.

After graduating from the residential phase, cadets enter a 12-month phase where they apply their new discipline in real life, while maintaining contact with a mentor.

Pavlock said his careers in the military and in law enforcement have allowed him to see youth at their best and their worst. He was a Drug Abuse Resistance Education (D.A.R.E.) officer, a gang officer, youth officer, school resource officer and a detective while in law enforcement. He retired from the Army Reserves as command sergeant major for the U.S. Army Reserve’s 84th Training Command Great Lakes Division and also the installation command sergeant major for Fort Sheridan, Illinois. During his 32-year military career — which included active duty time as an infantryman, mortarman and military policeman — Pavlock has served as an instructor, coach and mentor.

“These assignments have, I believe, prepared me for the role as director for the Challenge Academy,” Pavlock said. “I am honored to be given the assignment. I will do all that I can for the cadets and candidates. By entering the program, they have made an amazing step in their lives. They can go where their dreams want to go if they just stay the course.”

Pavlock said his experience as a father — his daughter is currently a captain in the Army Judge Advocate General Corps — was instrumental in choosing to become the next Challenge Academy director.

He said he does his best to live the Army values — duty, loyalty, respect, selfless service, honor, integrity and personal courage. The Challenge Academy emphasizes eight core components — academic excellence, physical fitness, leadership/followership, responsible citizenship, job skills, service to community, health and hygiene, and life-coping skills. The Army values are useful because they define the culture of that specific organization, but can be applied outside of the Army. The Challenge Academy core components definitely define the Academy’s culture, but were designed to be used outside of that setting because cadets are intended to graduate and succeed in life outside that organization.

“I will do all I can to assist them in the upcoming and ongoing challenges they face,” Pavlock said.