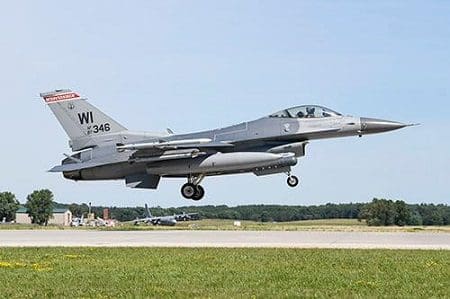 CAMP DOUGLAS, Wis. — The skies over central Wisconsin will be a little emptier as exercise Northern Lightning hosted by Volk Field wrapped up August 21.

The two-week joint-training exercise, one of the first to take place since the COVID-19 pandemic began, involved nearly 25 units from all across the country – including Guam – and included Air Force, Army, Navy and Air National Guard assets.

“Thanks to the extra medical team on hand this year providing medical briefings, daily COVID-19 symptom pre-screenings, encouraging mask wear and practicing COIVD mitigation practices, we have been successful at minimizing the risk to our services members,” said Col. Brad Meyers, the medical advisor for Northern Lightning 2020. 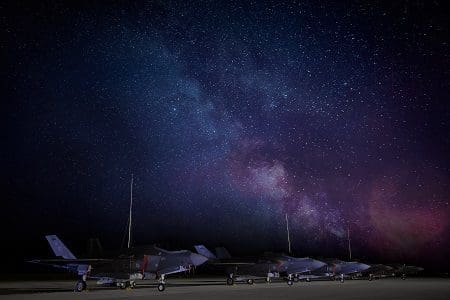 F-35A Lightning IIs assigned to the 134th Fighter Squadron, Vermont Air National Guard, sit on the flight line after a day of flying training mission at Northern Lightning 2020, Volk Field, Wis., Aug. 11, 2020. Elements of the 158th Fighter Wing deployed to the annual exercise that gives the wing and aircraft training in deploying and conducting combat missions in a joint environment, including F-22 Raptors, F/A-18 Super Hornets and F-16 Fighting Falcons that flew with them in the nearly month-long exercise. (U.S. Air National Guard photo illustration by Tech. Sgt. Ryan Campbell) (This image was created by blending a series of multiple exposures.)

Due to the pandemic, fewer aircraft and personnel were staged out of Volk Field, but the realistic combat scenarios that Northern Lightning is known for were still conducted with a force size similar to past years, with many aircraft flying directly to the military operating area from their home station.

“This exercise plays a critical role for the readiness of our forces,” said Col. Bart Van Roo, the exercise director. “Our country needs us to be always ready to combat whatever threat comes our way even while we deal with the threat of sickness. We cannot make ourselves more vulnerable by neglecting training events that are essential to readiness.” 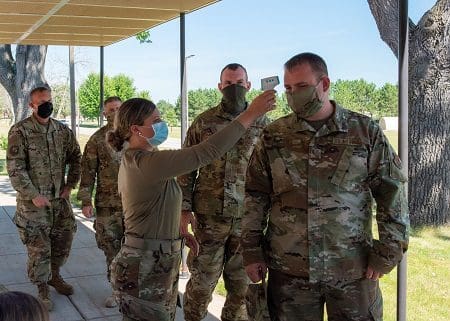 During the exercise, air crews flew 658 sorties, and off-loaded more than 870,000 gallons of jet fuel. Thousands of ground tasks were executed simultaneously. Throughout the exercise, simulated threats targeted aircraft from four different locations to replicate the fight aircraft would face with a near peer adversary.

“Conducting regular exercises with other components helps build relationships and improves interoperability,” said Van Roo. “We don’t want our first time working together to be when lives are at stake.” 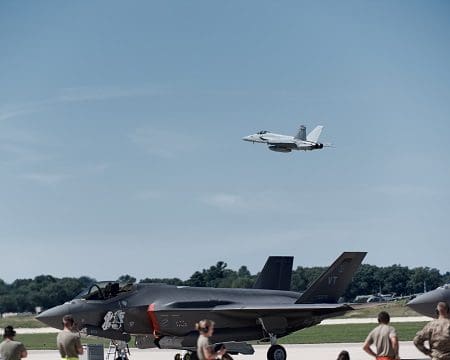 Volk Field CRTC is one of the premier training installations in the country due to its expansive airspace and the quality training the installation can simulate.

Northern Lightning is one of seven Air National Guard joint accredited exercises held at a Combat Readiness Training Center, and the installation’s reputation as one of the country’s finest training areas continues to grow.