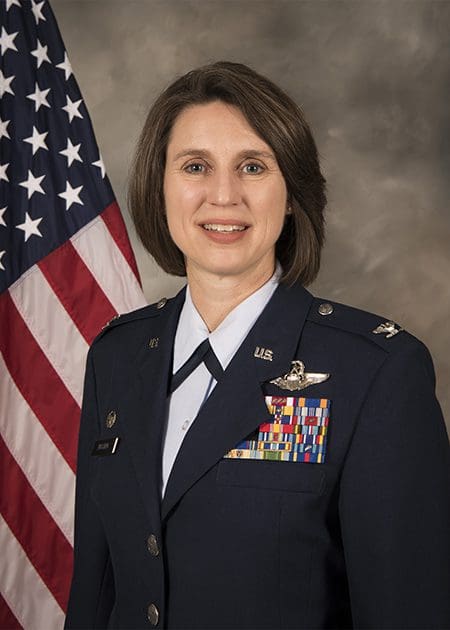 MILWAUKEE — The thirteenth commander for the 128th Air Refueling Wing brings 25 years of Air National Guard experience across a variety of missions to her new assignment.

Col. Adria Zuccaro is completing a Secretary of Defense executive fellowship — the only National Guard fellow, and one of just 19 officers from all services in the program. Earlier in her career she served as executive officer to the commander of First Air Force at Tyndall Air Force Base, Florida, gaining exposure to the highest levels of national security and leadership decision making. She also became familiar with the strategic and operational planning and execution of homeland defense and defense support to civil authorities at the 601st Air Operations Center.

“Everything from responding to Russian aggression to coordinating airlift support for the Haitian earthquake response, to aerial suppression of wildfires,” Zuccaro explained. “It was an invaluable education and experience. Having an outside perspective is useful, and I find I am able to see what is possible because of it.”

Zuccaro, a Whitefish Bay, Wisconsin resident, said she is honored to steward the 128th Air Refueling Wing for the next few years. She said her leadership philosophy is built around dignity and respect, particularly in difficult situations.

“If dignity and respect is your norm, then when you are called on to do the difficult tasks you have a much sturdier foundation to start from, and you will have the trust needed to devise creative solutions,” she said.

Zuccaro described the 128th as a group of elite Airmen with service at their core, representing their local communities while protecting the state and nation.

“The men and women who have served and are serving are dedicated, talented and tireless,” she said. “We will continue to evolve through innovation so that we can continue our services well into the future.

“I intend for the greater Milwaukee area to become familiar with the 128th Air Refueling Wing, to understand that we are part of the community and that we might be one of your actual neighbors,” she continued. “We want our Airmen to come from all neighborhoods — in order to do that, we need the community to discover us. The 128th Air Refueling Wing and the Wisconsin Air National Guard are a fantastic employer, with incredible education benefits and world-class training.”

“I’ll do my part to try to make sure that being a female Wing commander, or any other position, becomes routine,” Zuccaro said. “For now, I think my role is to be seen so that other younger women and men can see that you can be a parent and continue to serve. You can wear close to the smallest boots in normal stock and be in charge. You can have a different perspective, different strengths and weaknesses and be a leader. Differences make a team stronger.”