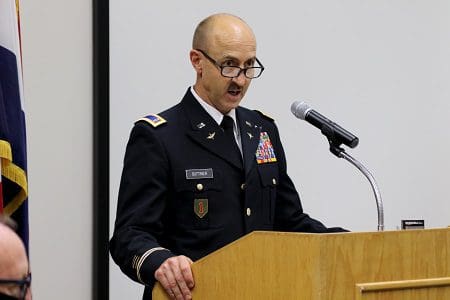 Bittner’s passion is aviation. He began his military career as a member of the Illinois Air National Guard in 1986, serving as an aircraft armament systems specialist with hopes of going to flight school.

When it became apparent he wouldn’t get to go to flight school with the Air Guard, he met a first sergeant with an Army Guard combat aviation brigade. On a handshake, Bittner committed to going to flight school for the Iowa Army National Guard, which he graduated from in 1991 as an AH-1 Cobra attack helicopter pilot. 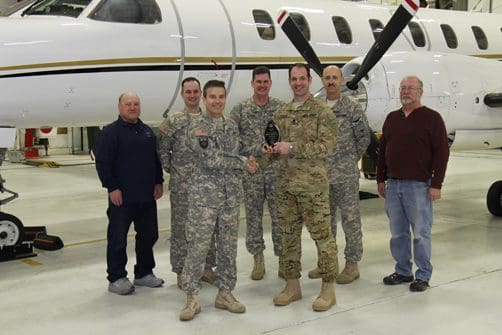 “That was the best thing that ever happened to me, because the opportunities that I’ve had since then have been amazing – in aviation and outside of aviation,” Bittner said. “I never in my wildest dreams expected to be in this position until just a few months ago, and I consider myself very fortunate that I got this opportunity.”

Bittner transferred to the Wisconsin Army National Guard in 1993 after marrying his wife, Becky, and moving to the Badger State. He said he couldn’t have been successful in his career without the support and sacrifices of his wife and their two children.

“She’s been remarkably supportive,” Bittner said. “I’ve deployed five different times, along with different schools and things I’ve gone to. She has served as well.”

When Bittner first deployed more than 20 years ago, he said it was a big deal to get the chance to deploy.

“Now it’s the norm and a different time, but I’ve got to see a lot of the world,” Bittner said. He added that on his deployments he has had the opportunity to fly attack helicopters, Blackhawks, and the fixed-wing C-26 Metroliner. 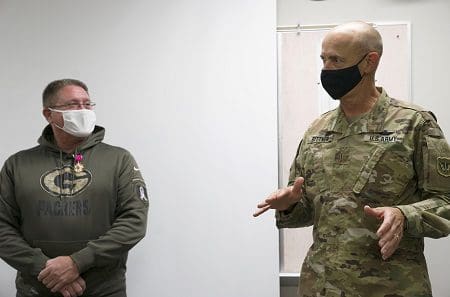 “Not too many people can look back and say I’ve had all these different opportunities in different airframes and different deployments, so I feel very fortunate.”

In his new role, Bittner hopes to extend opportunities and encourage Soldiers to get outside of their comfort zone and take chances.

“Becoming a warrant is a great opportunity for folks who have a passion, whether it be aviation, cyber, field artillery, vehicle maintenance is a big one,” Bittner said. “It gives you an opportunity to move up in that career field to become a manager so to speak or a shop supervisor.”

The Wisconsin Army National Guard has approximately 7,700 Soldiers. Of those, about 180 are warrant officers, serving as technical experts in their respective fields.

“I think the most important thing I do in this position is to represent that small cohort, make sure that their voice is heard, that we consider their issues on the same playing field, the same level with the enlisted and [officer] grade positions,” Bittner said.

He added that even though it’s a small group of individuals, warrant officers add value to the Wisconsin Army National Guard because of their technical expertise and the guidance they provide to decision makers within the organization.

Bittner also hopes to pass on the knowledge and perspective he has gained over his career to the next generation of Guardsmen.

“I hope to leave the organization a better place than when I showed up and just make sure that people are in the right position doing what they enjoy doing, getting personal satisfaction from it, and if there’s other opportunities out there for them, help them find those opportunities while they continue to serve,” Bittner said.