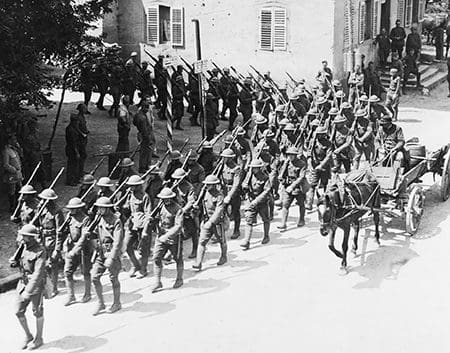 32nd Division Soldiers pass a border post as they march into Sentheim, Alsace, Germany May 29, 1918. They were the first Americans to enter Germany during World War I. U.S. Army Signal Corps photo by Sgt. A.C. Duff/National Archives

MADISON, Wis. — The Red Arrow patch worn today by the Wisconsin Army National Guard’s 32nd Infantry Brigade Combat Team is a symbol memorialized throughout Wisconsin in parks and as the name of State Highway 32.

The Wisconsin National Guard commemorates the origin of the Red Arrow’s distinguished legacy Tuesday, May 14 when it premieres its feature-length documentary “Dawn of the Red Arrow” as an official event of Milwaukee Armed Forces Week. 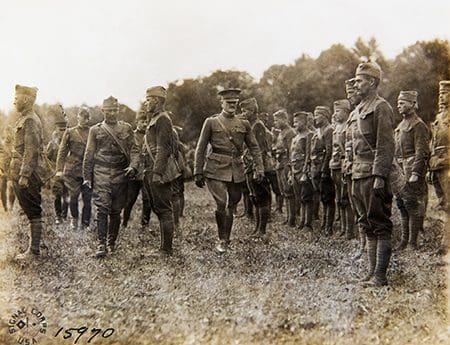 The Milwaukee Armed Services Committee is honored to be a supporting partner for the showing of ‘Dawn of the Red Arrow’ during the 2019 Armed Forces Week celebration,” said Dr. Tom Buck, the Milwaukee Armed Services Committee chair. “The Red Arrow Division is a part of the fabric of Wisconsin and its 100-year history is a prized possession of Wisconsinites. We are grateful for all of the sacrifices made by members of this great Division in preserving our freedom.” 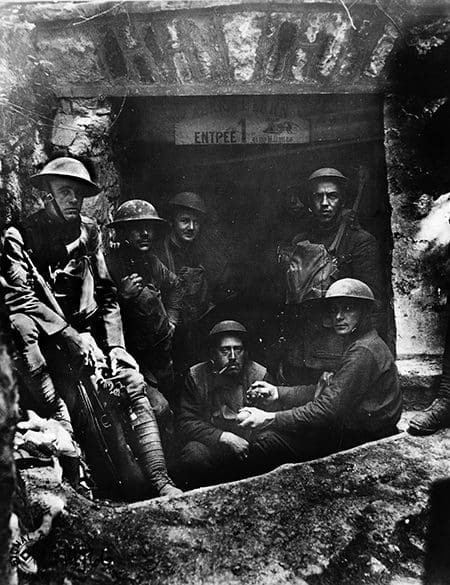 32nd Division Soldiers from Company L, 127th Infantry Regiment, at Entrance Number 1 to the largest dugout on the Alsatian Front, June 29, 1918. Originally built by the Germans and modified by the French, the dugout was more than 300 feet long, up to 40 feet deep with multiple entrances and could accommodate up to 1,000 troops. Army Signal Corps photo by Cpl. Allan Hanson/National Archives 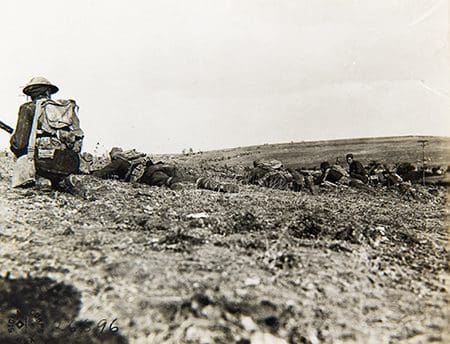 The 32nd Division was constituted on July 18, 1917 with 15,000 Wisconsin National Guardsmen and 8,000 more from Michigan. Wisconsin’s contingent came from National Guard units located in 72 Wisconsin cities. The division was among the first sent to France as part of the American Expeditionary Forces, and it earned numerous American and French honors for its service in four campaigns. “Dawn of the Red Arrow is a Wisconsin story, and it is vital that we remember that story through commemorations like Dawn of the Red Arrow,” Faltinson said. “The 32nd Division would not have existed without the support of Wisconsin’s communities, and the National Guard cannot exist today without that same support.” The documentary premier runs from 7-9 p.m., Tuesday, May 14 at the Milwaukee County War Memorial Center. A panel discussion with the film production team follows the 80-minute film. Register for this free event at https://einvitations.afit.edu/inv/anim.cfm?i=447736&k=0665450E7851

The story of the 32nd “Red Arrow” Division in World War I is available at www.dawnoftheredarrow.com and at the Dawn of the Red Arrow Facebook page.